Ciboney has one year of cash remaining 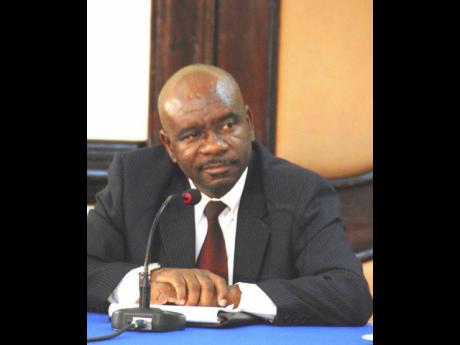 The management of Ciboney Group Limited estimates that the company has about one year of cash remaining, while it awaits a takeover offer. The shell company, held by the Jamaican government’s bailout company, Finsac, disposed of its last asset...

The management of Ciboney Group Limited estimates that the company has about one year of cash remaining, while it awaits a takeover offer.

The shell company, held by the Jamaican government’s bailout company, Finsac, disposed of its last asset piece and divvied up the proceeds with shareholders over three years ago, but its board still hopes to sell the company to a willing investor.

“Realistically, the cash balance can keep the operations going for another year, which could allow time for the majority shareholder to take a position and dispose of their shares, so a new shareholder can introduce a business,” said Ciboney Chairman Errol Campbell, in response to queries during the company’s annual general meeting, held online on Wednesday.

It takes roughly $4 million to run the operations each year, said Campbell, who is also general manager of Finsac.

For years, the company has discussed the possibility of a takeover by way of a share acquisition on the Jamaica Stock Exchange, to no avail. The company, however, maintains its listing on the exchange to facilitate a quick pathway for acquisition.

Ciboney’s last remaining real estate asset was sold in late 2017 for roughly $250 million, and declared a capital distribution of $182 million from the proceeds in May 2018, or 34 cents per share.

Ciboney’s shares were trading in the 20-cent band earlier this year, its more typical range, but suddenly shot as high as $2.13 in February, valuing the shell company at $1 billion. The stock fell back to its more normal trading levels after Ciboney issued a statement saying it knew of no offer for a reverse takeover of the company. On Tuesday, the shares traded at 25 cents.

On Wednesday, Campbell said that investors are free to buy and sell shares and that Ciboney wouldn’t probe the reason for the price spike. By market close, the stock had climbed to 39 cents, valuing the company at $211 million.

“That’s not for us as a company to investigate. It is not something for us to do,” he said.

He added that nothing had changed since the February notice.

Ciboney was listed on the JSE in 1993, prior to its takeover by Finsac under the wider bailout programme launched by the Jamaican government to rescue the financial sector in the mid-1990s.