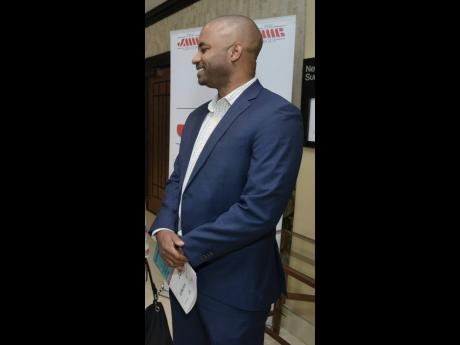 N CB Capital Markets has borrowed $705 million from its clients, through a one-year note that offers tax-free returns of about 10 per cent. In turn, it has used the proceeds to buy a block of preference shares recently offered to the market by...

N CB Capital Markets has borrowed $705 million from its clients, through a one-year note that offers tax-free returns of about 10 per cent. In turn, it has used the proceeds to buy a block of preference shares recently offered to the market by JMMB Group, from which it will service the debt.

The security is based on an underlying asset that’s paying out about 7.0 per cent returns, according to the term sheet seen by the Financial Gleaner.

The brokerage said the issuance of the note a was routine private placement that allows investors to gain higher income. The transaction was executed through Colossal Limited, a special-purpose vehicle created by NCB Capital. Colossal is held directly by Origo Holding, another special-purpose vehicle created by NCB Capital. Both entities are registered offshore in Barbados.

JMMB Group’s latest preference offer was priced at fixed rates of 7.35 per cent and 7.15 per cent per annum on two categories of shares that mature in seven years, in March 2028. The financial conglomerate planned to raise at least $6 billion, but got subscriptions of nearly $10 billion, and will be accepting all offers.

The shares are expected to begin trading on the Jamaica Stock Exchange around March 26.

Using Colossal as the investment vehicle, NCB Capital said it subscribed to $2 billion worth of the preference shares, funded $705 million from the one-year note and another $1.3 billion from Origo, a vehicle through which the brokerage offers structured investment solutions to clients with the appropriate risk appetite. Origo’s portion was funded from a low-rate margin loan the details of which were not disclosed.

The Colossal noteholders “will be entitled to quarterly interest equal to 10.25 per cent per annum on the principal investment”. The $1.3 billion portion was priced at a lower rate but that information was not immediately available.

NCB Capital’s clients needed a minimum of $1 million to subscribe to Colossal’s offer. The note was issued on March 9, and matures on March 9, 2022. Private placements typically require minimum investments of $10 million but the Colossal debt raise did not fit any of the five financing structures to which the minimum applies, the Financial Gleaner was advised.

The dividends earned from the $2 billion preference share investment will be utilised to service both the Colossal note and the margin loan.

NCB Capital CEO Steven Gooden declined to comment on the specifics of the Colossal offer, but spoke generally about Origo.

“Origo is a platform that manufactures a variety of tailor-made products,” he said, adding that these include leveraged notes that allow investors with an aggressive risk appetite to earn higher returns, and structured offerings such as principal protected notes, or PPNs, that Gooden said are more suited for conservative investors looking for growth.

“Origo, like Stratus, forms part of our investment offerings to various client segments, which complements the traditional suite of products,” said Gooden, referring to another outfit launched by the brokerage last year to seek out and invest in areas and sectors that provide above-average returns.