Olivia White and Anu Madgavkar | How to spend US$12 trillion 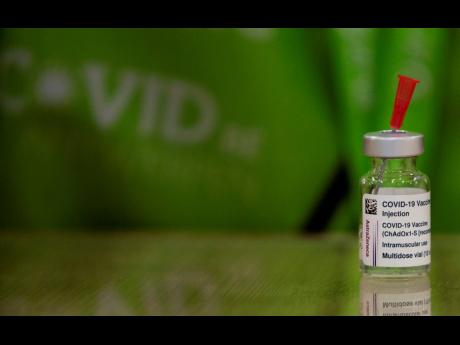 Even before the passage of the latest stimulus bill in the United States, governments around the world have offered almost US$12 trillion in financial aid to businesses and households affected by COVID-19, equivalent to 12 per cent of global GDP.

But how well have they delivered that unprecedented amount of assistance to the intended recipients? And what lessons do these efforts hold for the future?

Many are asking such questions, from policymakers and fintech innovators to economists and civil society watchdogs. We recently sought answers by analysing 12 government pandemic-support programmes, for both individuals and small and medium enterprises in seven countries – Brazil, India, Nigeria, Singapore, Togo, the United Kingdom and the United States.

We assessed the ambition of each programme’s design – its scope, scale, and specificity – and the effectiveness of delivery, measured by the speed and coverage of disbursements. The research, which built on our earlier work on digital identification and digital financial inclusion, considered both country- and programme-level financial infrastructure.

Our study revealed considerable variance. Some programmes combined ambitious design with effective delivery. But many fell short in one or both areas, with problems including slow roll-out, failure to reach eligible beneficiaries, and in some cases fraud.

This is true for all countries, but emerging economies have more to gain than richer countries in economic value for every percentage point of GDP spent on incremental government disbursements. That may be because advanced economies already have more digital financial infrastructure in place.

In our study, Singapore’s Job Support Scheme and the UK’s Job Retention Scheme were among the best performers in terms of both design and delivery. But some emerging-economy schemes also scored well. Two Indian programmes – one targeted at women, and an emergency credit guarantee scheme that benefited more than three million SMEs and microbusinesses – were able to build on existing financial infrastructure to perform strongly.

Togo, which has less developed financial infrastructure, was still able to make good use of what it has: its Novissi programme made fortnightly cash transfers to informal workers’ mobile money wallets that amounted to 30 per cent of the minimum monthly wage for the duration of local lockdowns.

One of our main conclusions is that effective government support programmes have three critical features of financial infrastructure in common: digital payment channels, a basic digital ID system with broad population coverage (such as India’s Aadhaar programme), and simple data on individuals and firms that are linked to the digital ID.

Countries whose financial infrastructure included these three features could design programmes optimally and deliver them quickly. Singapore’s SME job-support programme, for example, transferred funds automatically to eligible businesses; amounts were calculated based on firms’ payroll, without the need for an application process. This was made possible by the ‘CorpPass’ digital ID system, which assigns each SME a unique ID linked to government data on the firm’s tax payments and employee wages.

But countries lacking one or more of these infrastructure features had to make trade-offs between their assistance programmes’ design ambition and delivery success. The US Economic Impact Program sought to pay more than 50 per cent of the population, but had only limited targeting; all individual Social Security recipients and tax filers earning less than US$75,000 annually received the same amount, for example.

There were also delivery challenges in terms of both speed and coverage, owing to the programme’s partial reliance on paper cheques and incomplete list of eligible recipients. Although more than 160 million Americans ultimately received a payment under the scheme, only 90 million did so in the three weeks after it began on March 30, 2020.

A second significant finding is that building robust digital financial infrastructure can give the economy a larger boost than we had previously thought. Before the COVID-19 crisis, we estimated that applying basic and advanced digital ID to a wide range of interactions between individuals and institutions could deliver an economic gain by 2030 of 3-13 per cent of GDP, depending on the country. But we now estimate that the potential gain could be up to 20 per cent higher.

The pandemic has served as a high-stakes stress test for many countries’ financial systems, highlighting critical gaps and opportunities. At the same time, it provides valuable lessons about how to improve efficiency and resilience.

Our analysis covers only a subset of assistance programmes in a small number of countries. But it shows that strong financial infrastructure for SMEs and individuals is vital, not just for responding to unexpected and potentially catastrophic crises such as the coronavirus pandemic, but also for boosting financial resilience and economic growth.

Olivia White is a partner in McKinsey & Company’s San Francisco office. Anu Madgavkar is a Mumbai-based partner at the McKinsey Global Institute.