David Jessop | Britain seeks a new place in the world 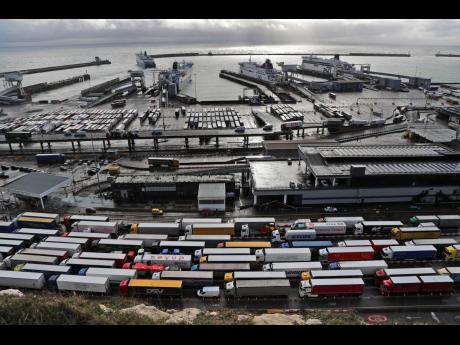 AP
In this December 11, 2020 photo, lorries queue at check-in at the port in Dover, before entering the European Union. The United Kingdom announced on March 11, 2021 that it is delaying the imposition of checks on some goods from the European Union to give businesses more time to prepare for new post-Brexit rules. 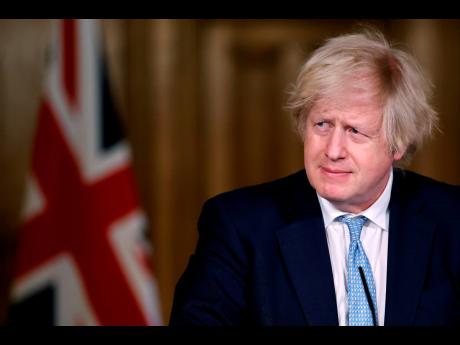 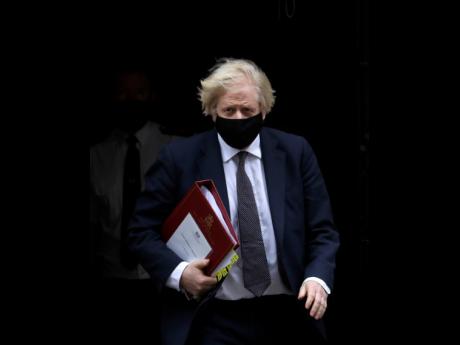 What global role should a post-imperial, post-Brexit Britain play? Can it reinvent itself in a manner that convinces a population increasingly divided by education, age, race, location, and inequality, let alone the wider world, that it can or should continue to try to punch above its weight?

In his recent book, Britain Alone – the Pathway from Suez to Brexit, Philip Stevens, the director of the Editorial Board of the Financial Times, argues that for the last 60 or so years, Britain has struggled to identify its place. Successive governments, he believes, have been unable to respond objectively and accept that Britain cannot remain “frozen in history”.

This has resulted, he says, in a failure to honestly address its weaknesses, “overreach” and a “consistent refusal to align the perception of Britain’s standing in the world and the diminishing resources it can generate”.

Stevens’ perspective and analysis chart the route from ‘winning’ World War II, through the Suez crisis, to Brexit – an uncertain journey that has brought Britain once again to try to redefine its future, indirectly raising questions about how regions like the Caribbean should respond to a still significant but now much-changed traditional partner.

A few days ago, Britain’s Conservative government published Global Britain in a Competitive Age, a much-delayed integrated review of its future security, defence, development, and foreign policy. The 114-page document outlines how Britain intends establishing a new space for itself in the world, and why it believes this strategy and its values will keep it at the international top table and able to thrive economically.

Setting aside the post-Brexit rhetoric, the document is detailed and forward looking. For the most part, it provides a thoughtful expert-led, high-level overview of how the United Kingdom intends using its now standalone status to develop new initiatives and relationships.

It seeks to divide the UK’s future approach into large areas of geostrategic importance, including the Indo-Pacific, Euro-Atlantic and East Africa, while paying scant attention to the EU27 or the Commonwealth. Instead, it identifies specific countries that it sees as critical in relation to its trade and security interests, naming traditional partners such as the United States, Germany, France, Ireland, Australia, India, Canada, and Nigeria, and others such as Vietnam and Indonesia, nations it regards as being of future importance.

The intention is that the UK will “sit at the heart of a network of like-minded countries and flexible groupings, committed to protecting human rights and upholding global norms”, while continuing to be “the leading European ally’ of the US within NATO, providing collective security resources in the Euro-Atlantic region.

Many of its future preoccupations coincide with those of the Caribbean: the changing geopolitical and economic order, climate change and the environment, sustainability, and security.

The strategy briefly observes in relation to Latin America and the Caribbean that Britain will continue to develop a strong set of partnerships based on “shared democratic values, growth, free trade, and mutual interest in tackling serious and organised crime, and corruption”. In contrast, the Overseas Territories are referenced throughout in relation to shared interests in security, governance, biodiversity, and the environment, suggesting that for the foreseeable future, the UK will remain locked into the region.

In what from a Caribbean perspective should be seen as a precursor to future trade competition in the UK market from large Latin nations including Brazil, Argentina, Chile, and Colombia, the document indicates that a closer and multifaceted partnership is envisaged with each.

In this context, UK Prime Minister Johnson went further when answering questions in Parliament on the review. The UK, he said, is looking to build closer trade relationships with Mercosur, the countries of the Trans-Pacific Partnership, and ASEAN, indicating that the Caribbean and other high-cost producers of agricultural and agro-industrial products may in future find it hard to compete in the UK market.

The biggest takeaway in the review involves a turn to Britain’s east and the geographically distant Indo-Pacific region. By 2030, the document says, the UK intends being deeply engaged there ‘with the broadest, most integrated presence in support of mutually-beneficial trade, shared security, and values’.

In this context, it designates China as a ‘systemic competitor’ and ‘the biggest state-based threat to the UK’s economic security’, making clear that the UK has the grand, if questionable, ambition of offsetting Chinese economic assertiveness in the Indo-Pacific region to significantly grow its trade.

Other significant changes include the formal recognition that Russia presents the “most acute direct threat” to the UK; a promise to restore eventually, possibly in a more UK-centric form, the £4 billion (US$5.6 billion) Britain recently cut from its aid budget; and an interesting new emphasis on accelerating science, research, and technology to maintain global competitiveness.

It also addresses the real possibility in the next few years of a chemical, biological, radiological, or nuclear terrorist attack and contains a startling and so far unexplained decision to significantly increase the number of nuclear warheads the UK possesses.

What the report is short on, however, is any attempt to explain how this new global ambition is to be paid for. Missing, too, is any consideration of the likely reaction of China, a country with a vastly larger economy and military reach, or how Britain intends strengthening its trade ties there while attacking its democratic and human-rights record.

The document also fails to describe how the UK will balance its turn to the Indo-Pacific against its existing Euro-Atlantic commitments or how Washington might react in either case. Disturbingly, the review says almost nothing about how Britain will relate in future to its neighbourhood, the European Union, given its proximity, importance as a trade partner, and shared strategic interests and values.

For the Caribbean, a region with strong ties to the UK, the integrated review deserves close reading. It raises important questions about how the anglophone and Hispanic Caribbean and the overseas territories should in future relate to a changing Britain and where their own interests lie – questions that next week’s column will explore.