Fesco IPO back on the market 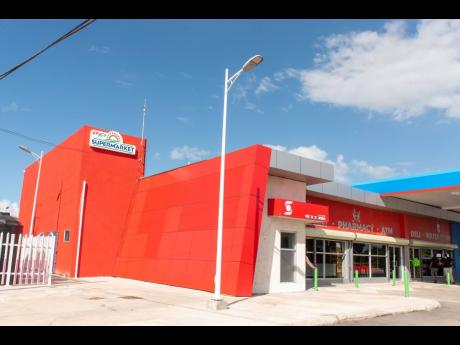 Petroleum marketing company Future Energy Source Company, which trades as Fesco, hopes to raise $400 million from stock market investors in exchange for a 20 per cent stake in the company.

Fesco’s updated prospectus for its initial public offering was reposted on the Jamaica Stock Exchange Wednesday, after nearly a month of the initial offer document being pulled to address what was said to be an accounting omission in the projected financials.

The junior market IPO is priced at $0.80 per share. The offer will be on the market from March 31 to April 9.

Of the $400 million to be raised, $160 million will go directly to the selling shareholders. The remaining $240 million will be pumped into the growth of Fesco’s existing businesses, pursue strategic investment opportunities and reduce company debt.

Fesco was founded in 2013 and its network has since grown to 14 gas stations nationwide. It is developing two more service stations in Kingston, at Ferry on the Mandela Highway and at Beechwood Avenue in Kingston, which will be company owned and operated.

The other stations operate under dealer-owned, dealer-operated and company-invested model.

Both developments are expected to be finalised ahead of summer.

Fesco currently earns its revenue from the sale of fuel, lubricants, leasing of equipment, and water. Its brands include Futron, Futrlube, Futroil and FYC. The company plans to add the sale of LNG as transportation fuel this year, and enter the cooking gas market within two years after listing.

Fesco’s five-year financial forecast remained the same for revenue in the reposted prospectus – growth to $12.6 billion by year 2025. Sales in 2020 totalled $5.9 billion.

There were, however, adjustments made to annual earnings, among others. The company made nearly $105 million in net profit in 2020. By 2025, annual earnings are projected to hit $429.6 million, up from the previously recorded $414.3 million.