Hotel sector looks to meetings market recovery with some changes 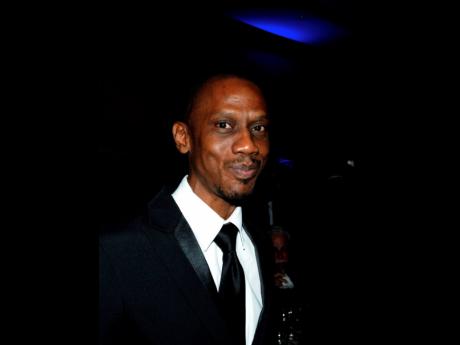 Hotel industry representatives are displaying no appetite for a rethink of the positioning of Kingston as a meetings market in the tourism arena even after the dramatic financial fallout that they, like their resort counterparts, have seen from the...

Hotel industry representatives are displaying no appetite for a rethink of the positioning of Kingston as a meetings market in the tourism arena even after the dramatic financial fallout that they, like their resort counterparts, have seen from the COVID-19 pandemic.

Their cautiously positive outlook is not dampened by the possibility that even after the pandemic, some conference organisers, locally and overseas, may opt to stick with the virtual meeting format brought into vogue, necessarily so, by border closures, economic shutdowns, and social distancing over the past year.

But hoteliers and the Government are already giving thought to the new technological dimensions and infrastructure requirements thrown up by the move to online formats, seeing the need for a mix of in-person and online links for events going forward.

With no marketing rethink on the cards, at least not yet, the mood appears to be one of cautious optimism that the Kingston meetings, incentives, conferences and exhibition market will recover in the medium term.

Leading the bullish outlook is Minister of Tourism Edmund Bartlett, who is looking to the market being resilient enough to shake off what he sees as a temporary setback.

“We don’t expect that this (business slowdown) is a feature that will define Kingston, so we don’t want to market the city away from the traditional values and what it has always meant. In managing COVID, we have had to make some decisions that are temporary,” Bartlett told the Financial Gleaner this week.

Even within the move towards online meetings, he said, there is opportunity.

“We will have to adapt to the new modalities that the technology is offering. It would change recognising the value of some destinations because you can have a mix of virtual and face-to-face. You could have a point of origination, being, say, Kingston and then we would have to look at the facilities and infrastructure that are going to be required to drive those activities,” Bartlett said.

Investments by owners of hotels and conference facilities, he notes, will now be targeted, not necessarily at building more space, but more so at outfitting existing space to cater to both in-person and remote participation in events.

Delayed investments, the minister concedes, will be a feature of the industry, but he says that some hotel owners are even now indicating that they will be proceeding with spending to freshen up their properties and add capacity. As such, property owners have been looking to the Government for support in rebuilding, including through expedited approvals and incentives.

The minister would not be drawn on specifics of any possible government response to the sector but noted that the Government is listening to the pleadings.

“Everything is going to have to be discussed and negotiated on their merit. There is an omnibus policy in relation to investments, and that is what guides us now, but we will have to respond to the realities,” he said.

He acknowledged, too, that some revenue streams from the tourism sector have all but dried up. With arrival numbers running at around 145,000 year-to-date compared to 500,000 this time last year, inflows from US$20 tourism enhancement tax paid by visitors have fallen off considerably.

Christopher Jarrett, chairman of the Kingston chapter of the Jamaica Hotel and Tourist Association, JHTA, says the hotel properties in the capital city, like their north and south coast counterparts, are struggling as they continue to heavily discount rooms in the region of between 40 per cent and 50 per cent below normal rates.

Even the few bookings made for the Easter period, he says, are being cancelled due to the new weekend lockdowns in the wake of rising COVID infections, hospitalisations, and deaths.

“A lot of the properties exist to pay bills right now. There are no profits. In fact, there are huge losses. Not many Kingston hotels are open, and those that are open are operating with limited rooms,” he said.

The current market situation, he suggests, will affect the pace at which hoteliers can upgrade their properties and install technology infrastructure, for example, to offer remote links for events.

He is also of the view that some elements of the “new normal” will have to be built into planning for a revitalised meetings market in the future. Such elements, he told the Financial Gleaner, could include smaller groups of meeting participants utilising larger spaces to maintain social distance.

“I don’t think it will have to be a total overhaul of the methodology of how we booked and received people for functions,” says Jarrett, who is also a vice-president of the JHTA.

He suggests, however, that infrastructure such as walk-through temperature scanners and decontamination booths with disinfecting mist may become a standard requirement for hosting large conferences any time in the future.

“There is a bit of cabin fever. People want to go out. Some events like weddings and graduations, to a lesser extent, will not be virtual,” he said.