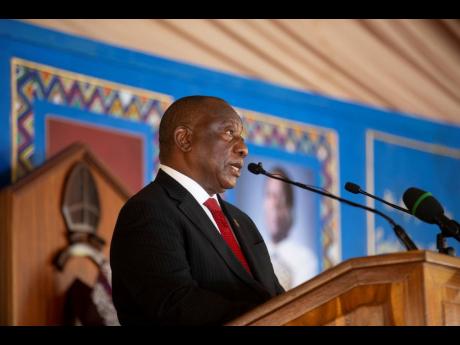 South Africa brims with human and natural resources. It is a country with a long, and well-documented history.

These three groups represent almost half of the population but less than a third of the country’s domestic ethnicities. As a result, South Africa is a kaleidoscope of diversity, which complicates the governing process. It gained its independence in 1934, and it became a fully democratic country in 1994. The African National Congress, ANC, emerged as the dominant party, aggregating the various ethnicities into a cohesive political force. It has won every election since the start of full democracy.

The main opposition group is The Democratic Alliance, which represents the white minority in the western Cape region.

While the composition of government is important in any country, it is much more relevant in a country like South Africa, which has such a large mining sector. Government regulations that set labour and environmental rules play a large role in dictating the viability of mining operators.

In contrast to most other African countries, South Africa has large manufacturing and services sectors. This is partially due to the decades of Apartheid, when the country had to become self-sufficient due to the sanctions that were imposed by the rest of the world. It is the third-largest economy in Africa, with one of the highest per capita incomes.

However, on a global scale, it is relatively small, with a GDP of US$370 billion and a per capita annual income of about US$6,300. This makes it similar in size to Colombia. Unfortunately, the country has one of the highest rates of inequality in the world, with pockets of great prosperity interspersed with some of the worst slums in the world.

This has facilitated the spread of COVID-19 and led to one of the highest death rates on the planet. It also facilitated the mutation of new variants of the disease, which proved harder to combat.

For these reasons, the government introduced an emergency assistance programme to provide direct payments or grants to the most vulnerable segments of the population. The programme pushed the fiscal deficit to above 10 per cent of GDP, but it softened the economic downturn to only 7.0 per cent in 2020. The recession also produced a decline in imports, and the current account balance shifted into the black. Not surprisingly, the rand proved to be extremely resilient, thus helping to lower the inflation rate to 3.3 per cent last year.

This year, the economy should recover with a growth rate of 4.0 per cent. The recovery should push the current account balance into a small deficit of 0.4 per cent in 2021, but the South African Reserve Bank is expected to keep a loose monetary stance. Nevertheless, with commodity prices, particularly metals, expected to continue rising, the rand should remain strong.

Unfortunately, years of fiscal deficits have led to a steady rise in the level of indebtedness. The fiscal deficit in 2021 is expected to remain in the double digits, and the country’s debt to GDP ratio is approaching 100 per cent. Moody’s and Fitch have the country on negative outlook, and it is in danger of dropping into the single B category.

The good news is that most of the country’s debt is in local currency.

As to infrastructure, South Africa’s is good in comparison to most other African countries. However, years of underinvestment and mismanagement has led to serious problems, most notably in the electricity sector.

Eskom is the national electricity utility, which has a full monopoly. One of the problems was that many townships and municipalities, particularly poor ones such as Soweto, started falling into arrears with Eskom. At the same time, demand from the poorer areas continued to grow.

On top of that, Zimbabwe fell into arrears for electricity it was purchasing from Eskom. It paid off its arrears last year.

However, these events put South Africa in financial straits. Of the three state-owned enterprises – South Africa Broadcasting Corporation, South African Airlines, and Eskom – the latter held 92 per cent of the debt load, and the government refused to back it up any further.

Strains on the system and underinvestment also led to load shedding, which translated into rolling blackouts. This led the government to turn to the International Monetary Fund for the first time in its history, with a record US$4.2-billion programme.

Fortunately, this has helped stabilise the situation. Nevertheless, South Africa is an interesting, but fragile, story.

- Dr Walter T. Molano is a managing partner and the head of research at BCP Securities LLC.wmolano@bcpsecurities.com