Notoriously tough Lada car has its own club in Cuba 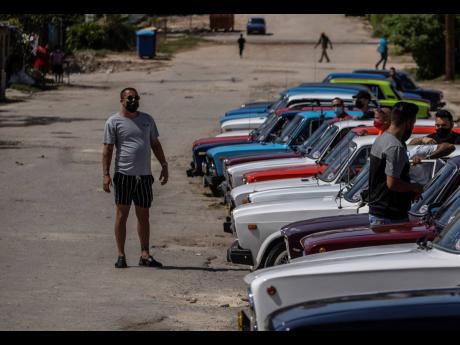 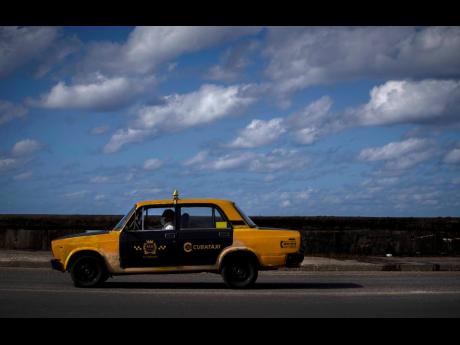 AP
A Lada taxi cab drives along the Malecon in Havana, Cuba, Monday, March 22, 2021. When Ladas arrived in Cuba they were turned into taxis by the thousands. 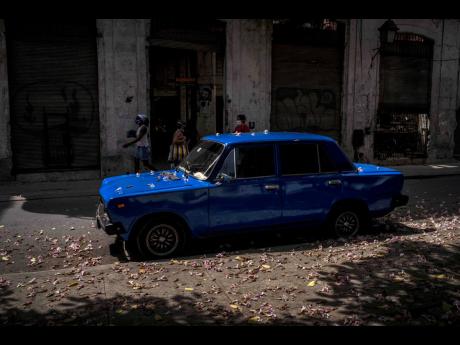 AP
A Soviet-era Lada car is sprinkled in flowers after it parked under a tree on a street in Havana, Cuba, Friday, March 19, 2021. 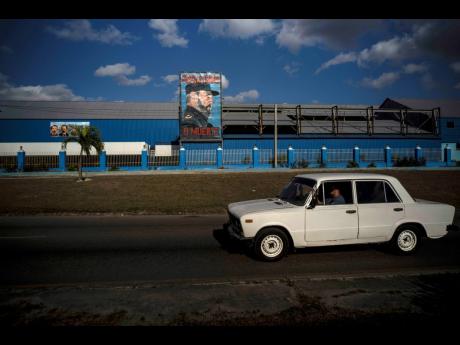 AP
A commuter drives a Soviet-era Lada car past a billboard of the late Fidel Castro with the words ‘Socialism or Death’ written on it in Havana, Cuba, Monday, March 22, 2021. 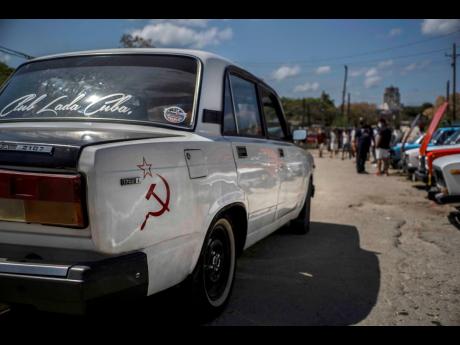 AP
A Soviet-era Lada car with a hammer and sickle sticker is driven to the Lada Cuba Club meeting in Havana, Cuba, Sunday, March 21, 2021. Russians stopped making this model in September 2012; however, a line remained in production in Egypt until 2015.
1
2
3
4
5

Uncomfortable, wasteful, tough, rustic. All are descriptions heard about the old Russian-built Lada cars cruising the roads in Cuba, where it is common to see a driver standing next to the raised hood of one pondering what has gone wrong this time.

Yet, despite the flaws, Ladas arouse passions. The car is the island’s most visible Soviet-era legacy. And in a land where transportation is scarce, Ladas are a status symbol for their owners, even if they must perform engineering miracles – sometimes at high monetary cost – to keep them going.

At the end of last year, a handful of owners founded the Lada Cuba Club and in less than four months it has about 140 members who meet for social activities like donating blood, assisting each other when breakdowns happen or just trading quick-fix tricks and parts.

“It has always been said that the Lada is the Cuban’s car,” Carlos Rodríguez, a 29-year-old craftsman who heads the club, told The Associated Press.

Rodríguez recently drove his white Lada 2106, manufactured in 1985, seven years before he was born, to a gathering of about 50 owners at a car wash in the Marianao neighbourhood of Havana. They gave their cars a collective bath, talked about mechanics, joked and showed off each other’s progress.

Then they headed out together honking their horns and to a park on the outskirts of the city. Some decorate the boxy Lada, including adding hammer and sickle graphics. Drivers also adapt new parts to keep their cars rolling, but others strive to leave them just as they were the first day off the assembly line.

“Everything it has is original – the bodywork, all the metal, a fender, a door panel, a running board, not anything has ever been changed,” Alexander Aguirre, a 45-year-old state maintenance employee, said while proudly showing off the blue 1976 Lada that belongs to his father-in-law.

At the end of the 1950s, Cuba was one of the countries with the highest number of vehicles per inhabitants, and it is renowned for the vintage look provided by the old Fords, Pontiacs and Chevrolets still on the street. But the Cuban revolution and ensuing confrontation with the United States brought sanctions that left spare parts scarce and cut off the importation of US vehicles completely.

Some Seats from Spain arrived, and the occasional Alfa Romeo, like the one used by former President Fidel Castro. But Cuba’s economy turned to the Soviet bloc, and the first Ladas came in the late 1960s, said Willy Hierro Allen, a mechanic who puts out a specialised magazine called Excelencias del Motor.

The authorities never made public the actual number that arrived in Cuba, though experts estimate about 80,000 to 100,000 Ladas were imported.

The Ladas were turned into taxis by the thousands, while some went to government offices and the leaders of the Communist Party, prominent workers or personalities were granted the right to buy them.

“My car belonged to a lieutenant colonel and his wife, an official of the former Ministry of Economy,” said Benito Albisa, a 33-year-old history professor who is also vice-president of the Lada club and owner of a Lada from 1976. “After 40 years with the car, they did not have (money) to continue maintaining it and they sold it to us.”

Maintenance is a trial. Owners manage to get some spare parts through “mules”, people who hand-carry goods into the island, but sometimes they must have parts made by hand.

They say the effort to keep their Ladas on the road is worth it.

“I’m proud to have him,” Rodriguez, the Lada club president, said of his white Lada. “I take care of him as if he were my son.”