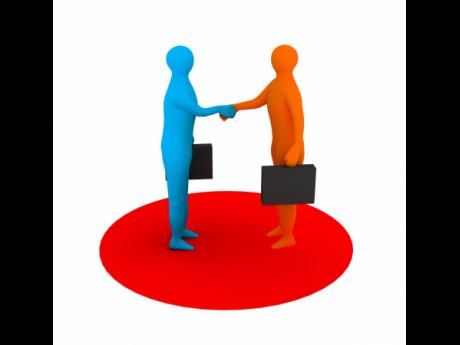 Much of the MBA-level teaching around strategy focuses on beating the competition. Has that line of thinking been rendered obsolete by the pandemic and replaced by a fresh focus elsewhere?

Harvard’s Michael E. Porter is well known for his thought leadership on competitive strategy – finding ways to beat your company’s rivals. Lately, however, his theories deserve a rethink, especially now that the end of COVID’s rampage is in sight. Has his main thrust of focusing on your competitors become obsolete?

To wit, we can all recall examples where someone took the idea of competition a bit too far. Olympic skater Nancy Kerrigan’s attack at the hand of Tonya Harding’s ex-husband. Boxer’s Mike Tyson spitting out a piece of Evander Holyfield’s ear. Formula One race driver Nelson Piquet’s intentional crash at the Singapore Grand Prix. These cautionary tales all occurred in sporting competitions designed to crown a single winner.

However, in business, the relationships between companies are less clear-cut, with good reason: they have as much to gain from cooperation as they do competition. Here’s why.

Competition is not the same as combat. Historically, the first strategists were warriors. Having a great military strategy was a matter of life or death in the world’s great conflicts.

While many powerful lessons were carried over from that arena into others such as politics, business and sports, some – such as the athletes mentioned earlier – take the analogy too far. By treating their competition as enemies and setting a goal of total destruction, they could easily ruin the cooperation required to help them win where it counts: on the bottom line.

For example, imagine if Usain Bolt conspired to harm or trick the other sprinters in a 100m final. If they were all to retire hurt or be disqualified, he would triumph by default, and be left to race down the track alone. Only then would the folly of winning at all costs become apparent. The fact is, he needed strong competitors in order to be a true champion worthy of acclaim.

In like manner, you may agree that it’s a mistake to crush your competitor’s reputation. In the airline industry, for example, companies rarely mention the low safety record of their rivals. Casting aspersions on the safety of flying ruins the public’s trust in the entire field.

As such, in business it’s often a poor strategy to destroy your ‘enemies’ – you probably need them.

Competitors exist in the mind’s eye. Unlike simple competitions such as those found in online gaming, Olympic sports or gambling, in business they are complex. In fact, the companies who you consider to be your rivals may not think of you in the same way at all. They may believe you too small or big to complete with. Or the source of their profits might be different.

If either of these are true, then you are the one who is picking a fight, not them. And this can be a good thing.

The upside of labelling other companies as ‘competitors’ is that you are more likely to emulate them. Now, you’ll be able to see where improvements are needed.

While you may be jealous, or even embarrassed at the gap, understand that the rivalry is one you have created. It’s all in your mind!

As such, you also have the power to ignore or treat them differently. Do whatever works.

For the most part, the stakeholders who matter the most – your customers – care little about your supposed rivalries. Even as you rack up defeats and victories, their focus is elsewhere. What really matters to them is how well you serve their needs.

One big lesson from the pandemic is the notion that pivoting is all about your consumers. For example, pay close attention to them and you’ll receive an early warning about the technologies they want you to use. Their signal will come long before other companies pick up on it.

In this context, only your customers’ behaviours matter.

Therefore, you may as well shift your thoughts away from traditional competition and towards serving those who consume your products and services. Here you will find new competitors: substitutes customers are making that aren’t expected. For example, if you are in the movie business, consider your rivals to be COVID restrictions, long working hours, distractions, social media, online entertainment, the news, and any other practices which displace your offerings.

This kind of deep dive into your customers’ changing patterns of behaviour won’t come if you are fixated on your old competitors. Leave them to their machinations, and focus on the ones which can help you pivot to meet your customers’ new, unmet needs.