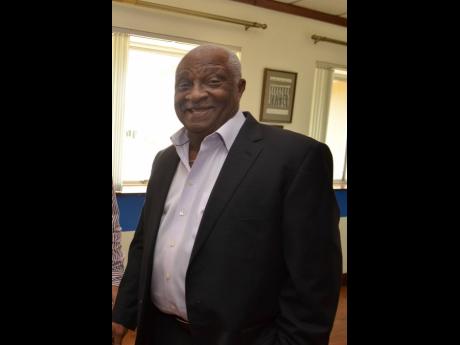 Although local suppliers of medical and pharmaceutical goods have long-standing distribution agreements with big drug companies that have developed COVID-19 vaccines, it has put them no closer to being part of the vaccine distribution chain in Jamaica.

The country still needs to source more vaccines in order to inoculate the population, atop the supplies committed though COVAX and the Indian government, a gap that companies are hoping they will be tapped to plug.

Glen Christian, chairman and CEO of Cari-Med Group, said that while he is willing to take part in the importation of vaccines, for now private companies like his will have to sit back, while their traditional partners prioritise bilateral arrangements.

Cari-Med distributes products made by AstraZeneca and Janssen, the latter a division of Johnson & Johnson. Both drug companies have developed COVID-19 vaccines.

“There is no indication that they will be sending vaccines to us. They have been very clear that they will be dealing with the Government at all times,” said Christian. “We don’t see any vaccines coming to us any time soon, not even close.”

But Christian also noted that his facilities are ready to hit the ground running were the Government to clear the way for private operators to participate in the vaccine distribution programme.

The Ministry of Health & Wellness is aiming for full roll-out of the vaccination programme by mid-2022. More than 30,000 persons have been vaccinated to date.

Vaccine imports are being handled by the state-operated drug provider National Health Fund.

Jamaica is among the beneficiaries of the United Nations’ COVAX facility, and began receiving allocations in March; as well as the African Medical Support Platform through which 75,000 doses are inbound and expected to arrive in a week. Through the two facilities, Jamaica expects to receive a total of 121,000 doses to cover vaccinations in April and May, the NHF said in statement issued Wednesday.

The Indian government is also supplying around 50,000 doses, part of the 500,000 vaccines allocation India promised to the Caricom bloc.

So far, only one Jamaican company has landed a vaccine distribution deal, which at last report was still awaiting approval. Montego Bay-based Bioprist Pharmaceuticals plans to exclusively import and distribute Covaxin, which is made in India by vaccine manufacturer Bharat Biotech.

So far only one Jamaican company has landed a vaccine distribution deal, which awaits approval. Montego Bay-based Bioprist Pharmaceuticals plans to exclusively import and distribute Covaxin, which is made in India by vaccine manufacturer Bharat Biotech.

Facey Consumer Division, a member of the Seprod group and local representative for pharma products made by vaccine developer Pfizer, is ready to jump into the market if the opportunity arises, said Richard Pandohie, CEO of Seprod Limited.

“No, we’re not a part of the present sourcing arrangements but you can bet, as a local representative of one of the major ones [vaccine makers], we won’t shy away from taking up the opportunity,” Pandohie said.

With the world demand for vaccines exceeding supply five times, the pace at which the doses committed to Jamaica will be delivered remains uncertain.

“In order to achieve herd immunity, the island still needs to secure a further one million doses of double-dose vaccines or 500,000 single-dose vaccines,” the state agency said.