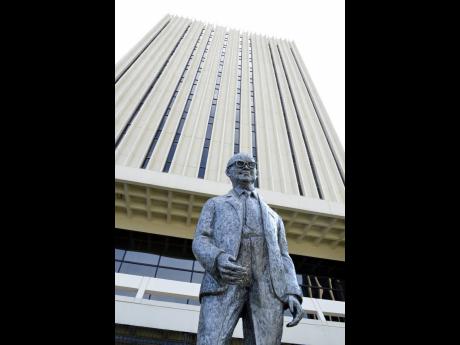 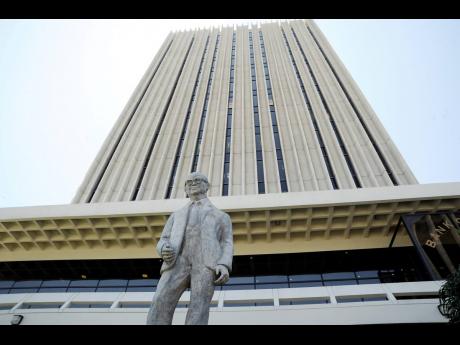 While Jamaica’s financial system received a passing grade from the most recent report that gave it a health check, two banks and a securities dealer were said to have breached their minimum regulatory markers when hypothetical but possible adverse...

While Jamaica’s financial system received a passing grade from the most recent report that gave it a health check, two banks and a securities dealer were said to have breached their minimum regulatory markers when hypothetical but possible adverse scenarios related to credit and funding shocks were applied to their operations last year.

The Financial Stability Report, produced by the Bank of Jamaica, did not name the three institutions but underscored the severity of risks associated with several variables, including liquidity funding, credit, interest rates, foreign exchange and spread of adverse effects throughout the financial system as a result of its highly interconnected nature.

“Of these failures, two resulted from non-fulfilment of funding obligations between a securities dealer and a DTI (deposit-taking institutions) in the same financial holding company,” the report noted.

The third involved a commercial bank that is classified as a non-systematically important financial institution, a non-SIFI, whose failure of the test, the report noted, “was induced by two SIFI commercial banks”.

“In addition, some of the remaining institutions suffered minor impairments to capital when the hypothetical shocks were applied,” the report said.

The central bank supervises 11 DTIs, including eight commercial banks, a merchant bank and two building societies, but also collaborates with the Financial Services Commission, which regulates securities dealers, insurances companies and pension funds. The financial sector appraisal was for the 12 months to December but some risks were examined to September 2020.

At the onset of the COVID-19 pandemic last year, BOJ supervised a range of stress tests and risk assessments, some self-administered by the DTIs.

Risk assessments of institutions that are members of financial conglomerates were to be undertaken by the financial holding companies on their local and cross-border operations. They were to assess risks and the adequacy of statutory capital across the financial group on an ongoing basis, Deputy Governor Maurene Simms, head of the BOJ Financial Institutions Supervision Division, said at the time.

The Financial Stability report issued at the end of March concluded that DTIs and securities dealers were more susceptible to hypothetical simultaneous credit and funding shocks as a result of the pandemic.

Two of the three SIFI groups, so named because they account for the bulk of financial transactions – more than 63 per cent – and are critical to the operation and overall stability of the system, recorded a high score on what is called the contagion index, raising concerns of possible spillover risks to the financial system.

One of the two was also deemed to have been susceptible to liquidity shocks. The third SIFI commercial bank, which was also said to be important to the overall funding network, was vulnerable to interest rate and foreign exchange rate shocks, the report noted.

The securities dealer was said to have been prone to both liquidity and interest rate shocks.

Overall, the stability report noted that despite a slight reduction in the risk of contagion as at September 2020 relative to the previous 12 months, the financial system remains highly interconnected and vulnerable. But the banking system was also said to be adequately capitalised to absorb shocks.

Jamaican dollar liquidity conditions improved during the year despite the economic dampening effects of the pandemic as the central bank pumped significant sums of money into the banking system.

The dollar value of excess reserves was above the levels recorded at the end of 2019 and there was improvement in the ratio of short-term assets to short-term liabilities for the lone merchant bank. However, the ratios for commercial banks fell by 0.2 percentage point to 38.5 per cent; and for building societies by 4.5 percentage points to 37.2 per cent.

The deposit-takers were also said to be sufficiently capitalised to absorb losses associated with hypothetical declines in deposits. A stress scenario of a 10 per cent decline in average deposits still resulted in post-shock capital adequacy ratios for banking institutions still remaining above the regulatory minimum of 10 per cent.

In relation to securities dealers, the assessment adjudged them to be “robust” to a range of liquidity and foreign exchange shocks, but in the context of the pandemic, they were said to have showed vulnerability, especially regarding interest rate risk due to fair value losses.

The BOJ’s last set of industry data on the 11 banking institutions it regulates estimated the size of their assets at $2 trillion, and deposits at more than $1.3 trillion as at last December.