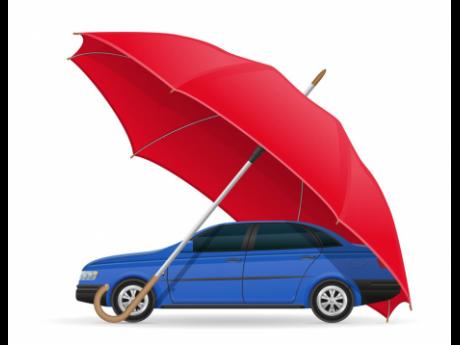 Today’s column is dedicated to my late wife, Jillian. What connection does her death – which occurred last Saturday while I was at the National Arena protecting myself against the risk of getting COVID-19 – have to do with the subject of this column? Plenty.

Even though she was a very private person, she gave me the courage, confidence, and support to express my thoughts and feelings in public. Were it not for her influence, I would not have dared to share today’s ideas with you and probably would have overlooked the help that she provided since July 1997.

She suggested topics that I should write about, acted as my editor and proofreader long before Microsoft embedded the utility editor in its word-processing application or before me routinely using Grammarly. She also took on the role of being my chief critic, and on one occasion, was my photographer.

Jillian was a practising psychologist. She understood human behaviour. Her deep insights into the minds of humans and their motivations, attention to detail, intellectual curiosity, empathy, plus her love of words, especially those of Shakespeare, helped me to continuously improve my communication skills, raise serious questions about how insurance companies operate and treat customers instead of focusing only on their auditors and actuaries’ reports, balance sheets, and income statements. Were their interactions with customers consistent with their stated values, lofty vision, and mission statements, or were they just words?

Here is one example of something that an insurance consumer spoke to me about last Thursday. It reminded me of the importance that ethics and fairness played in my wife’s life – things that some insurers and brokers often ignore.

“I want to know if the valuation report of a vehicle should or should not be used in settling a claim. I valued my car in July 2019. It was involved in an accident two months later. The value stated was $1,100,000. I was told in January 2021 (18 months later) that the insurer plans to use the current value of the vehicle, $830,000, to settle the claim. I have the form of loss release and discharge document to sign to conclude the matter. Am I doing the right thing?” the person asked.

The words made my blood boil.

One of the aims of the Financial Services Commission’s February 2019 Market Conduct Guidelines is to get insurers and intermediaries to act “with high standards of integrity and fair dealing in the conduct of business”. Another rule that applies to how claims are handled reads: “Whenever the damage is assessed, the insurer will send a copy of the written estimate used to calculate the amount of compensation to the claimant.”

Contrast these words with those of the claimant in the preceding paragraph: “I was told that the insurer plans to use.”

The Financial Conduct Authority, the United Kingdom’s insurance regulator, published its first paper on BE in 2013. It dealt with how “behavioural biases can lead to firms competing in ways that are not in the interests of consumers”.

The UK authority’s chief executive said in a speech: “One of the most significant challenges for modern financial regulators and financial services alike is to recognise that we operate within a very human environment. A fallible world – not just of ratios and complex models but also responses, sometimes flawed, that behavioural economics helps us understand.”

Fifteen years ago, I suggested to the chairman of a major motor insurer that it would be in his company’s interest to implement a programme to improve the driving skills of its policyholders. I argued that it would be good for business, differentiate his company from its competitors, and contribute to national development. He ignored the idea. The only goal was to increase market share.

Earlier this month, an insurer introduced what was described as a “radical concept”. The aim was to “shake up the auto insurance industry … and reward good drivers who help to make the roads safer”. A company official said that “for decades, the cost of motor vehicle insurance policies has been on the rise, since set premiums are weighted against drivers who have no accidents, and so the good suffer with the bad”.

The promotional advertisement does not offer any information about how much consumers are likely to save or explain that savings will be contingent on making changes to their driving behaviour. Buyers are left to find this out for themselves.

This newspaper reported on ‘Costly Curfew Crashes’ On April 1. The Executive Director of the Mona GeoInformatics Institute was quoted as saying that none of the authorities, “insurance companies … nobody”, is capturing and collating data about non-fatal motor vehicle crashes.

In 2019, life and non-life insurers paid nearly $40 billion in claims. Some of this amount went to the dependants and survivors of persons killed and injured in motor vehicle collisions. Shouldn’t this be sufficient incentive for insurers to work in collaboration with other interests in developing a programme to reduce carnage on our roads by trying to change driver behaviour, capture and collate information about non-fatal road injuries, and improve their financial results?

The first and critical step in reducing some of the risks on Jamaica’s roads involves the collection and analysis of these data.

Thanks, darling Jillian, for helping me to drink something other than the Kool-aid and from a different glass, examine things beyond the obvious, challenge conventional wisdom, and to ask questions.