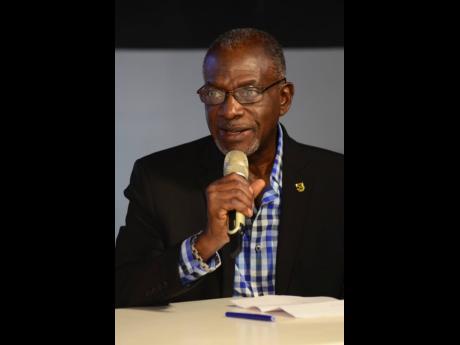 Business and consumer confidence dipped lower in the first quarter ending March, but the outlook is brighter for the next quarter due to expectations that the continued roll-out of COVID-19 vaccinations will cauterise the spread of the disease. “...

Business and consumer confidence dipped lower in the first quarter ending March, but the outlook is brighter for the next quarter due to expectations that the continued roll-out of COVID-19 vaccinations will cauterise the spread of the disease.

“The take-up of the vaccine, I believe, will redound to the benefit of businesses and consumers, and I believe that confidence levels will pick up in the second quarter,” said pollster Don Anderson, head of Market Research Services Limited, which conducts the confidence surveys on behalf of the Jamaica Chamber of Commerce.

For the first quarter, consumer confidence fell to 121.7 points and business confidence to 115.2 points, haven’t worsened from the December quarter and in a year-on-year comparison.

“There is a lot of optimism around the vaccines,” said Anderson, while noting that vaccine scepticism is dwindling as more persons gained first-hand knowledge of the process and its side effects.

“The more there is an acceptance of the vaccines, then the more the fears and anxieties will lessen. And I believe both those factors will impact the way we feel about the economy, both consumers and businesses.”

More than 135,000 Jamaicans have received the first of two jabs of the COVID-19 vaccine. A few other Jamaicans have travelled overseas to get the single dose vaccine from Johnson & Johnson.

The data for the first quarter was generated from surveys conducted with 600 respondents, between January 15 and March 15, by Market Research Services, which is currently conducting research in the field for the second quarter. Since 2001, the polling firm has obtained over 80 quarters of data for the Jamaica Chamber of Commerce since 2001.

Businesses and consumers generally expect the economy to get better in 12 months due to vaccine availability, control over new cases of the pandemic, improved work prospects, border reopening, and tourist arrivals. But that optimism is counterbalanced by fears about the lingering effects of the pandemic, lack of government policies, job losses, price increases and crime.

“Businesses are saying that crime is the number one concern affecting the country at this time,” said Anderson.

Approximately 67 per cent of respondents were “very optimistic” that their business will survive the effects of COVID-19, up from 58 per cent in fourth quarter of 2020, and up from 49 per cent at the onset of the pandemic in March 2020.

Most firms, 77 per cent, anticipate recovery within the short term – in one to three years. This is four percentage points higher than the fourth quarter but four points lower than 81 per cent in the third quarter of 2020. On the flip side, the proportion of firms that believe the recovery will be longer has increased to 20 per cent from 13 per cent.

Most consumers do not anticipate purchasing either a home, a car or a vacation package in the year ahead. However, there was a bit more confidence around future purchases of cars and homes beyond the next year, whereas sentiment around vacations was unchanged relative to the fourth quarter 2020.

The Jamaica Chamber hosted the release of the confidence indices in a virtual press conference with a panel discussion on Tuesday. Marlene Street Forrest, managing director of the Jamaica Stock Exchange, said the improvements seen in the stock market indices is a signal that investors have a more positive outlook on company earnings.

“When you look at the indices, people believe the economy will improve. The market capitalisation has improved since COVID-19. There is hope,” she said.

President of the Jamaica Hotel and Tourist Association, Clifton Reader, said the deployment of vaccines was crucial to a strong winter tourist season, which kicks off in mid-December of each year.

Jamaica has targeted vaccines for at least 16 per cent of the population this year, and 65 per cent by March 2022. The latter target takes the country closer to ‘herd immunity’.

Reader is anxious for that to happen, especially within the tourism corridors, which includes the airports, hotels and attractions. He also wants the authorities to revisit the requirement of COVID-19 tests for fully vaccinated travellers.

“About 30 per cent of Americans are double vaccinated. We need to develop a vaccination policy. At some stage, we have to ask ourselves whether people who are vaccinated when coming to Jamaica will require a negative test still. I hope not!” he said.

David Wan of the Jamaica Employers Federation, which lobbies for the owners of production, said its members are currently hiring as confidence grows.

He noted that the fall in confidence in the March quarter could have been negatively affected by lack of information on available vaccines, increased testing and travel restrictions, and budgetary concerns.

“Some members believed the country would have needed to do more borrowing, even if there were no new taxes,” said Wan. “It could have caused negative sentiment in some quarters,” he said.

Instead, the Jamaican Government announced that it was due a $33-billion dividend from the Bank of Jamaica, which would be used to finance its fiscal needs.