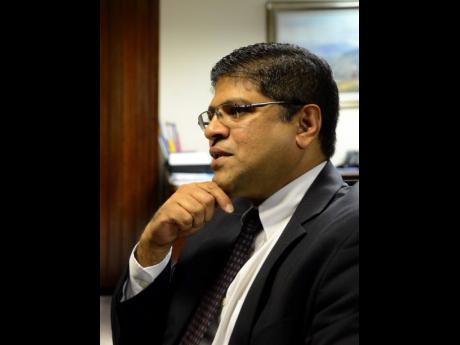 Having raised the funds, the company is now saying it’s willing to consider more financing deals.

The price at which the new five-year bond was issued was not disclosed, only that, paradoxically, it was “generally the same or better than the previous loan,” according to Portland JSX Managing Partner Robert Almeida. The debt it replaced was a $520-million loan from VMIL that Portland was servicing at a rate of 9.5 per cent per year.

The new bond is callable and convertible to equity. It matures in 2026, but Portland JSX said it has the option of prepaying the bond at any time. The company otherwise assured the market in a filing last week that were the bond to be converted to equity, the transaction would be structured so as not to significantly detract from the value of the holdings of the current owners of PJX ordinary stock, which trades on the main market of the Jamaica Stock Exchange.

The VMIL loan taken out in July 2019 had over three more years to full repayment.

“This refinancing simply increased the company’s financial flexibility and better positions it to manage potential risks as well as seize opportunities as they arise,” Almeida said on Monday.

“This reduces the risk of any liquidity pressures and gives the company the flexibility to use cash inflows to fund dividends or other corporate purposes,” he said.

The fund, which is a limited contributor to Caribbean Equity Fund II, is in the seventh year of its 10-year cycle. Portland JSX is invested in a total of 15 businesses in Jamaica and the region, across a range of sectors, such as tourism and hospitality, distribution, power generation, telecoms, and finance. It participated in investments in entities such as itelBPO, Chukka Caribbean Adventures, Tropical Battery, Liberty Latin America and Clarien Bank.

Almeida says the portfolio companies are performing well, and other strategies are being utilised by Portland Caribbean Fund II to address the needs that those companies may have to both mitigate risk and seize opportunities.

Portland Caribbean Fund II tapped the capital market for $1.336 billion recently, through a USD Indexed Fixed Rate Secured Investment Note, the Financial Gleaner has learnt. The debt, which pays 7.75 per cent per annum, matures in 13 months in May 2022. It’s priced to yield six per cent.

Although Portland JSX previously announced that it had wrapped up the investment phase of the fund and was focussed on reaping the returns, Almeida now says they are not ruling out the possibility of deploying fresh funds.

“In the event that one or more portfolio companies present an attractive opportunity for further investment by Portland JSX Limited, the company may consider a public offering of shares, and such offering would also create an opportunity for bondholders to convert their bonds into shares,” he said.

The conversion option for the $600m bond will be triggered if the company undertakes a secondary public offering, merger, or other similar transaction, Almeida said.