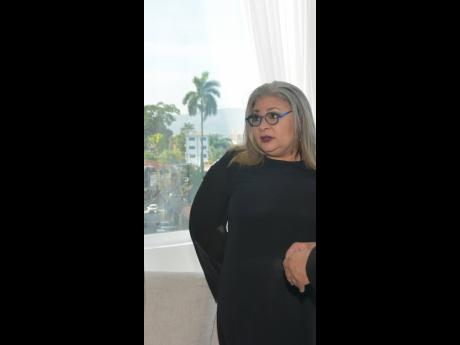 Citing numerous downloads of the tender document, the authority that issues spectrum is pushing back at suggestions of a lack of local interest in its latest attempts to sell new radio frequency, the take-up of which the Jamaican government is...

Citing numerous downloads of the tender document, the authority that issues spectrum is pushing back at suggestions of a lack of local interest in its latest attempts to sell new radio frequency, the take-up of which the Jamaican government is relying on to expand broadband access into far-flung communities.

Spectrum Management Authority, SMA, began advertising the auction of 700MHz frequency in February to provide 4G internet across rural communities, and has since revised the bid dates twice.

“We anticipate at least one applicant,” said SMA Managing Director Dr Maria Myers-Hamilton, which regulates the use of radio spectrum. “We are offering those who were not aware sufficient time to apply,” she said this week.

Winning applicants will be required to spend more than US$15 million, or upwards of $2.25 billion, to build out the infrastructure, according to the bid documents.

Most of Jamaica already has access to fast internet service, at around 90 per cent availability, according to the SMA. Such customers have access to 4G, or fourth generation, speeds on mobile devices and desk computers. The remaining 10 per cent get 3G speeds, which is inadequate to stream video. It therefore constrains online learning for students on video platforms.

The areas identified as being deficient in 4G access are parts of rural St James, and Portland and St Catherine. Tender for the new spectrum was reopened this month.

The big telecoms did not respond to requests for comment regarding their interest in bidding. One redirected the queries to the SMA.

The tender period was initially to close in mid-March but was extended to March 23. That extended tender received no successful bid, after a lone applicant arrived minutes after the deadline, resulting in their disqualification.

After consultation with the minister of technology, under whose portfolio the spectrum agency falls, the SMA launched “a new tender” for the 700MHz frequency, which closes today, April 23.

Myers-Hamilton countered suggestions of the apparent lack of interest by the telecoms, saying the tender documents garnered reactions from persons in five countries and were downloaded more than 200 times.

Asked whether the telecoms could reasonably expect a good return on the investment – the SMA document having required that the bid made in the financial proposal must be more than the minimum bid of US$15 million – the SMA head said the question should be redirected to the telecoms.

Fourth-generation cellular technology offers about 10 times the speeds of 3G. Eventually, when 5G technology emerges locally, it too will grow speeds by a factor of 10. But the service is expensive – handsets, for example, would cost around $200,000, said the SMA head – and Jamaica is not yet ready to take that step.

“At the moment, 4G will do quite fine,” said Myers-Hamilton. “Right now, there is no interest for 5G. It is market-driven,” she added, regarding investments in the technology. “The priority is having everyone in Jamaica connected.”

Although 90 per cent of Jamaica has access to 4G speeds, telecoms consumers have not taken full advantage of it. Currently, the penetration rate for high-speed internet connection is 59 per cent for mobile broadband and 13 per cent for fixed broadband.

At that level of penetration, Jamaica ranks 52 of 65 countries analysed by their level of digital development, according to the SMA tender document.