Apple cracks down on snoops to protect iPhone user privacy 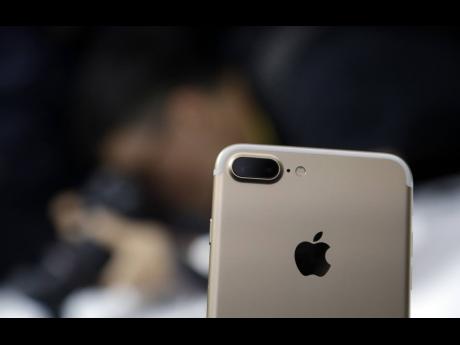 Apple is following through on its pledge to crack down on Facebook and other snoopy apps that secretly shadow people on their iPhones in order to target more advertising at users.

The new privacy feature, dubbed ‘App Tracking Transparency’, rolled out Monday as part of an update to the operating system powering the iPhone and iPad. The anti-tracking shield included in iOS 14.5 arrives after a seven-month delay during which Apple and Facebook attacked each other’s business models and motives for decisions that affect billions of people around the world.

“What this feud demonstrates more than anything is that Facebook and Apple have tremendous gatekeeping powers over the market,” said Elizabeth Renieris, founding director of the Technology Ethics Lab at the University of Notre Dame.

But Apple says it is just looking out for the best interests of the more than one billion people currently using iPhones.

“Now is a good time to bring this out, both because of because of the increasing amount of data they have on their devices, and their sensitivity (about the privacy risks) is increasing, too,” Erik Neuenschwander, Apple’s chief privacy engineer, told The Associated Press in an interview.

Once the software update is installed -- something most iPhone users do -- even existing apps already on the device will be required to ask and receive consent to track online activities. That’s a shift Facebook fiercely resisted, most prominently in a series of full-page newspaper ads blasting Apple.

Until now, Facebook and other apps have been able to automatically conduct their surveillance on iPhones unless users took the time and trouble to go into their settings to prevent it – a process that few people bother to navigate.

“This is an important step toward consumers getting the transparency and the controls they have clearly been looking for,” said Daniel Barber, CEO of DataGrail, a firm that helps companies manage personal privacy.

In its attacks on Apple’s anti-tracking controls, Facebook blasted the move as an abuse of power designed to force more apps to charge for their services instead of relying on ads. Apple takes a 15 per cent to 30 per cent cut on most payments processed through an iPhone app.

Google also depends on personal information to fuel a digital ad network even bigger than Facebook’s, but it has said it would be able to adjust to the iPhone’s new privacy controls.

Unlike Facebook, Google has close business ties with Apple. Google pays Apple an estimated US$9 billion to US$12 billion annually to be the preferred search engine on iPhone and iPad. That arrangement is currently one element of an antitrust case filed last year by the US Justice Department.