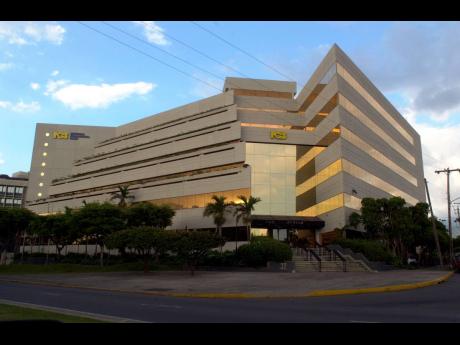 NCB Financial Group’s profit has fallen both for the quarter and fiscal year to date but is telegraphing confidence of better outcomes in the periods ahead. The good news for holders of the NCBFG stock is that NCB Financial reversed an earlier...

NCB Financial Group’s profit has fallen both for the quarter and fiscal year to date but is telegraphing confidence of better outcomes in the periods ahead.

The good news for holders of the NCBFG stock is that NCB Financial reversed an earlier decision in April and resumed paying dividends, albeit at half the levels that obtained prior to the pandemic.

The financial conglomerate paid no dividends at all during the COVID-related freeze initiated by the central bank even though it had the option of making distributions to stockholders with up to one per cent holdings. With the resumption, all shareholders will receive distributions of 50 cents per share, totalling $1.2 billion, on May 31.

The dividend news wasn’t enough to lift the stock, which began the week on a losing street and ended that same way on Friday. NCBFG closed down 1.58 per cent for the week, at $139.09. It is down 2.89 per cent year to date.

“While our operating environments will continue to perform below pre-pandemic levels, the prospects for recovery and economic growth are improving and should support an improvement in company performance in coming quarters,” said NCB Financial in its latest impact assessment of COVID-19.

The group, whose two largest holdings are National Commercial Bank based in Jamaica and Guarding Holdings Limited headquartered in Trinidad & Tobago, made quarterly profit of $3.39 billion, down 39 per cent, and half-year profit of $9.2 billion, down 31 per cent, at March 2021. Profit attributable to shareholders in the quarter totalled $1.97 billion or 82 cents per share, down from $3.7 billion, or $1.54 per share, in the previous period.

Overall, the financial conglomerate’s earnings are down $4.1 billion relative to its half-year performance, of $13.36 billion, which it achieved in 2020 just as the pandemic was starting to rage through markets and the economy. At that point as well, NCB Financial, which is controlled by investor Michael Lee Chin, had paid out $5.4 billion in dividend, nearly five times what it will be distributing next month.

Its earnings have fallen almost consistently since the pandemic, but its revenue performance has held up.

Life insurance, led by the Guardian Holding subsidiary, was the top-performing segment while the consumer and small business enterprise or SME banking segment suffered losses.

“The performance reflects the impact of reduced economic activity caused by the pandemic,” said NCB Financial in its financial report.

Jamaica’s No 1 banking group noted, however, that it was positioning itself to “benefit” from numerous opportunities that have been surfacing during the pandemic. This includes bolstering its investments in technology at the bank and digital solutions for consumers.

NCB Financial closed the quarter with assets up 15 per cent to $1.85 trillion, inclusive of an 11 per cent or $46 billion gain in the group’s loan portfolio to $477 billion. NCB Financial Group also grew its cash from $128 billion to $192 billion over the course of the year.