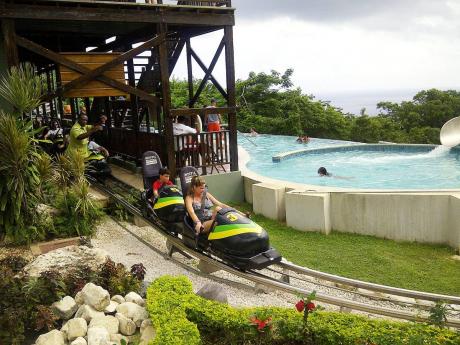 A section of the Mystic Mountain adventure park in Ocho Rios, St Ann. 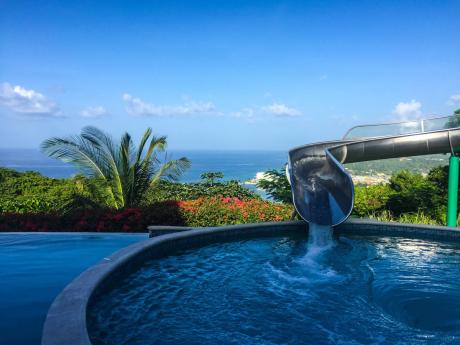 A section of the Mystic Mountain adventure park in Ocho Rios, St Ann.
1
2

Jamaica-based directors of Mystic Mountain Rainforest Adventures have been dealt a further blow in their bid to retain management control of the eco-attraction, even as the business has been granted a second reprieve until next month to avoid being...

Jamaica-based directors of Mystic Mountain Rainforest Adventures have been dealt a further blow in their bid to retain management control of the eco-attraction, even as the business has been granted a second reprieve until next month to avoid being wound up by government liquidators over a missed bond repayment.

The Court of Appeal has quashed the petition of the group, led by Michael Drakulich, to overturn an earlier ruling by a single judge of appeal and the November 2020 decision of the Supreme Court. Drakulich co-founded the venture in 2003 and served as its chairman and CEO up to December last year.

The directors had sought to prevent ultimate owners, Rainforest Adventure Holdings Limited, or RAL, from making board and management changes to Mystic Mountain Limited, MML, the company that runs the facility known for its bobsled rides and tree top ziplines that opened for business in Ocho Rios in 2008.

RAL, a British Virgin Islands-registered company with directors said to be mainly domiciled in Panama, is the majority shareholder in the holding company Karibukai Limited, a St Lucia-registered entity created in 2015, which has 100 per cent ownership of Mystic Mountain.

Following financial disagreements that came to a head during the economic downturn of the COVID-19 pandemic, the RAL-appointed directors of Karibukai have been seeking to remove Drakulich, Max Patchen, Milverton Reynolds, Norma Clarke and John Dalton as MML directors, as well as to replace Drakulich as chairman and CEO.

Clarke is the widow of former politician Horace Clarke, who died in 2010 and who, along with Drakulich, are the original founders of the business that later received equity funding from RAL. Patchen is a former managing director of MML and Reynolds, who, court documents revealed, resigned from the company in December last year, is the managing director of the government-owned Development Bank of Jamaica, which has also provided financing for the venture. Dalton is a current minority shareholder.

Drakulich has contended that RAL-appointed directors have not been attending board meetings and that the ultimate parent company has not been fulfilling its shareholder obligations to meet the financial needs of the business, which has defaulted on a more than $1 billion payment to bondholders, who, since January, have sought to have MML wound up under the Insolvency Act.

In February, MML filed a notice with the Office of the Supervisor of Insolvency of its intention to place a new payment proposal before the bondholders, effectively triggering a 30-day reprieve. On Tuesday, the office’s Deputy Supervisor of Insolvency Fayola Evans Roberts told the Financial Gleaner that the company requested and was granted two extensions on the time to file the proposal.

“With respect to the subject insolvent matter, the proposal is yet to be filed. The records show that the trustee applied for and was granted a second extension of time to file the proposal,” said Evans Roberts.

The proposal is due to be filed by June 4, she added.

The April 16 Court of Appeal ruling is the latest in a string of setbacks for the MML directors, who also lost a bid in the St Lucian court for a stay of the RAL and Karibukai actions.

According to court documents, led by Josef Preschel, who is RAL’s pointman for Mystic Mountain and director and company secretary for MML, a board meeting was convened last December 1 and a shareholders meeting on December 2 to carry through on the changes contemplated by the majority owners. They included amending the MML articles of incorporation, re-electing directors excluding Drakulich, Clarke and Dalton, as well as accepting a letter from Patchen as representing his resignation from the board.

The December meetings, which the former directors contend were invalidly convened, also passed resolutions, among other things, confirming the appointment of the six RAL-appointed directors; removing the chairman’s casting vote at meetings; scrapping the dual position of chairman and CEO; requiring notice of a directors’ meeting to be given to directors overseas; increasing the quorum for board meetings; and allowing for the appointment of alternate directors without the approval of the other directors.

The powers of the management were also limited in relation to borrowing, changing company trademarks, taking steps to have the business wound up, varying contracts and making investments.

The judges held that identification of these changes by the claimants as an indication of “oppression or unfair prejudice” to warrant an injunction being granted was insufficient. These actions, the judges pointed out, were consistent with the proposed steps that the RAL-appointed directors had previously indicated that they wished to take.

Rather than being oppressive so as to qualify for the granting of injunctive relief, the written judgment said, the amendments seemed to be aimed at broadening MML’s decision-making base, encouraging inclusivity and restricting borrowing powers without consultation.

They also noted that it is well-established that the appellate court would not lightly disturb the exercise of discretion exercised by either a single judge of the Court of Appeal or a judge of the Supreme Court.

In the absence of a written judgment by the single appellate judge who heard the first appeal, the judges relied on the written judgment of the Supreme Court judge and concluded that the arguments were sound in approach and conclusions.

Costs were awarded to Karibakai and RAL. The substantive claim against the companies, brought by the former directors under the Companies Act of Jamaica, is still before the courts.

Asked for comment, Drakulich said he had just returned from overseas travel and needed time to familiarise himself with the most recent court ruling. Representatives of RAL issued a sparse comment through their attorneys at Myers Fletcher & Gordon.

“In spite of the global pandemic and the legal claims brought against the company, Mystic Mountain Limited remains laser focused on its operations for the benefit of all stakeholders,” the statement read.

As to the status of the proposal to the bondholders, RAL said through its lawyers that the company “continues to work on the proposal in accordance with the Insolvency Act”, but had no comment beyond that.