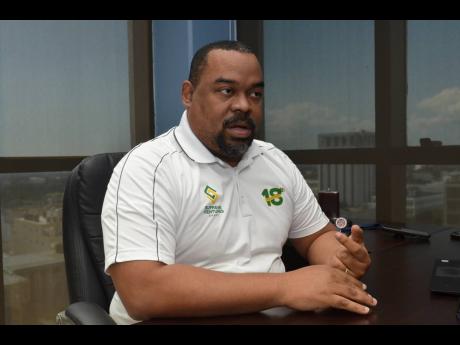 Supreme Ventures Limited, SVL, announced the purchase of a 10-per cent stake in Main Event Entertainment Group Limited, an events production company valued at $1.05 billion on the stock market. The stake bought by SVL Group would be valued around $...

Supreme Ventures Limited, SVL, announced the purchase of a 10-per cent stake in Main Event Entertainment Group Limited, an events production company valued at $1.05 billion on the stock market.

The stake bought by SVL Group would be valued around $100 million, but the actual price paid for the shares was not disclosed. The transaction was reflected on the market Friday.

SVL Group Executive Chairman Gary Peart said he would speak to the price at an investor briefing later this week.

Main Event is co-owned by its CEO Solomon Sharpe, who co-founded the company with partner Richard Bair. Sharpe is connected to SVL Group by virtue of his chairmanship of its horse racing subsidiary, Supreme Ventures Racing and Entertainment Limited.

Prior to the sale, Sharpe and Bair controlled 80 per cent of Main Event through MEEG Holdings Limited. SVL now becomes the third largest shareholder behind Mayberry Jamaican Equities Limited, MJE, which holds 11.22 per cent of the events company. Peart is CEO of MJE’s parent company, Mayberry Investments Limited.

In the press release announcing the transaction, Peart said Main Event’s strong reputation for the staging of private and corporate events since 2004 was a perfect fit for the SVL brand in “cementing an additional foothold in the lucrative entertainment industry”.

The release noted that it is keen on further developing its entertainment business lines, but it wasn’t immediately clear how the acquisition of Main Event shares would result in both companies forming synergies going forward.

“I think the future partnership with SVL is best answered by MEEG Holdings Limited,” said Blair.

The entertainment company is in the process of relocating its Lady Musgrave Road location in Kingston to other property held by the company.

“Most of our staff activities have already moved to our Ardenne Road facility,” the acting chairman said.