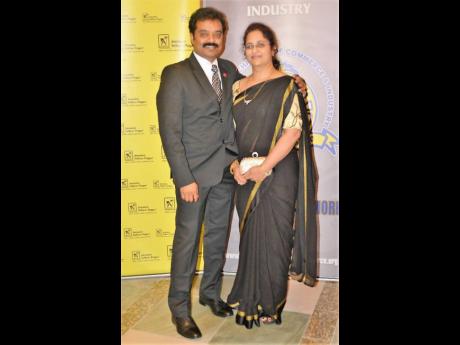 Lagoons Management Limited, LML, has failed to secure a court injunction halting the construction of a home in the posh gated waterfront Lagoons community at Freeport in Montego Bay being built by businessman Dr Guna Muppuri and his wife Vishnu...

Lagoons Management Limited, LML, has failed to secure a court injunction halting the construction of a home in the posh gated waterfront Lagoons community at Freeport in Montego Bay being built by businessman Dr Guna Muppuri and his wife Vishnu Muppuri.

In a ruling handed down in the Supreme Court on April 30, the judge rejected the LML application on nearly all the points it raised and awarded costs to the Muppuris.

The Lagoons management company, represented by then chairman Yoni Epstein, an investor in business process outsourcing firm itelBPO, had taken the Muppuris to court in February of last year seeking the temporary injunction over disagreements involving a property which the Muppuris own in the community through their real estate company Starfish Bay Holding Limited.

Another claim said to be raising other substantive issues concerning the construction and permanent orders, was filed in June last year by LML, whose then chairman Epstein resides next door the Muppuri property. That matter is yet to be heard.

Dr Muppuri is also an investor in the BPO sector through Bioprist Knowledge Parks, and CEO for Indies Pharma Jamaica and Bioprist Pharmaceuticals.

Aon Stewart and Ashleigh Ximines, the attorneys representing LML, contended that the Muppuris were building in breach of the management company's rules and regulations that called for its prior approval of all construction by all community members.

Having reviewed the building plans submitted by Dr Muppuri, the LML executive voted against approving the construction. The applicants argued that LML, being an industrial and provident society, its rules were binding on all members including the Muppuris.

The court found, however, that the absence of a maintenance agreement between LML and Starfish Bay Holding Limited after the Muppuris had transferred the land to that entity, meant that the holding company was not legally bound by the LML rules, even though the Muppuris, who initially signed the LML maintenance agreement, continued paying maintenance fees. The couple paid those fees in their own right and not as shareholders or directors of the holding company, the court held.

However, the court ruled that the applicants “have no locus standi to assert a right or bring a claim in that regard as that authority would rest with the Attorney General on behalf of NEPA/NRCA”, in accordance with The Beach Control Act.

The court noted too, that LML did not rebut the Muppuris' assertion that no issues had been flagged by NEPA following the inspection of the foreshore construction, and that the Muppuris stated that they were not making any claim to the foreshore recognising that it is the property of the government, whose permission they have obtained for the development in the area.

The lawyers for the Muppuris and Starfish Bay Holding, Denise Kitson QC, Rachel Kitson and Anna-Kay Brown, argued that LML had not objected to similar structures built by other homeowners in the Lagoons and charged that Epstein himself was building in breach of the LML rules and restrictive covenants.

Epstein, through his lawyers, denied the allegation. However, Justice Tricia Hutchinson noted in the judgement that they failed to file the necessary affidavits rebutting the allegations in time.

However, the judge also concluded that while Dr Muppuri provided photographs and emails to substantiate his arguments, the allegations were questions of fact to be resolved.

Those hearings into the substantive case are set to begin November 2.

At the end of the injunction hearings held last October 13 and on April 30, the court concluded that no physical damage or tangible loss to LML or other residents had been identified.

On the contrary, the judgment pointed out, it was the Muppuris who stood to lose financially from an injunction, having borrowed $20 million for the construction and bearing debt servicing costs in excess of $2 million per year.

Copies of land titles presented to the court by Epstein and a statement of a bank account containing $8 million were deemed by the court to be insufficient to prove that LML could pay damages to the Muppuris should the case, eventually, be decided in the couple's favour.

The Muppuris presented documents showing land assets in the Lagoons, valued in excess of US$1.2 million – which is around $185 million at current exchange rates – and liabilities of $20 million, as evidence that they would, in the absence of a temporary injunction, be able to pay any damages that could be awarded against them by the court on the resolution of the substantive matters before the court.

“The ruling represents a victory for the laws and Jamaica and is a timely reminder that the Lagoons is governed not by its own laws, but by the laws of Jamaica. We just want to live in peace with our neighbours,” Dr Muppuri told the Financial Gleaner in response to the ruling.

Epstein, who was replaced as LML chairman at its annual general meeting in March this year by businessman Mark McConnell, described the ruling as “unfortunate”, while noting that other unresolved issues, including NEPA's eventual accommodation of some initial environmental breaches by the Muppuris' construction, outlined in correspondence from NEPA which he shared with the Financial Gleaner, will be pursued via the claim filed last June.

“The voice of the people wasn't heard,” said Epstein. “There are many knock-on effects including property values being significantly reduced, beach erosion and other negative effects to the marine park,” he added.

CLARIFICATION: This story has been updated to remove any impression that Yoni Epstein was a party to the case.