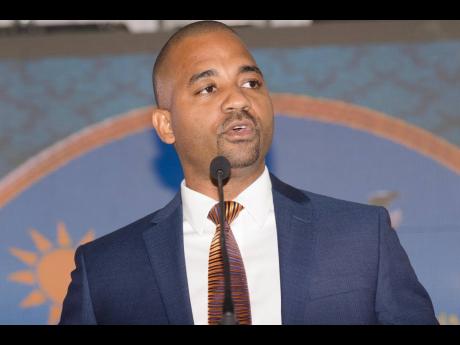 Investors are queuing up for shares in Guardian Holding Limited, GHL, now relisted on the Jamaica Stock Exchange after a near eight-year hiatus, and although no trades were successful, the stock is already trending one-third higher than the price on the Trinidad & Tobago exchange.

GHL did not trade on Wednesday, its first day on the market, because the price surpassed the circuit breaker, which prevents rapid spikes in prices, allowing investors to think before they make the trade.

NCB Capital Markets, the broker for the listing, is trying to assure investors that Wednesday’s lack of liquidity, that is, shares available for trading, will not be reflective of the market going forward.

The JSE market, he said, provides higher trading multiples, more liquidity when compared with other markets in the English-speaking Caribbean, and access to foreign currency for investors.

“The cross-listing of GHL on the JSE ... highlights the confidence the region has in the Jamaican market, especially when it comes on to liquidity,” added Gooden.

GHL was initially cross-listed in September 2000 and then delisted in 2013 due to lack of trading in the stock. At that time, the mainly Trinidadian owners in GHL were content with holding on to their shares.

Two years ago, the company was taken over and is now owned 62 per cent by NCB Financial Group, Jamaica’s largest financial conglomerate, which is also the parent company of NCB Capital Markets. NCB Financial’s President & CEO Patrick Hylton is also chairman of GHL.

At Wednesday’s listing ceremony for the 232 million units of GHL stock, JSE Managing Director Marlene Street Forrest said the cross-listing would added $135 billion in market capitalisation, pushing the value of the combined market to around $1.9 trillion.

The cross-listing sparked a rise in the stock price in the Trinidad market, which closed up 1.53 per cent at TT$25.90, on Wednesday.