JWN rum sales on the rise 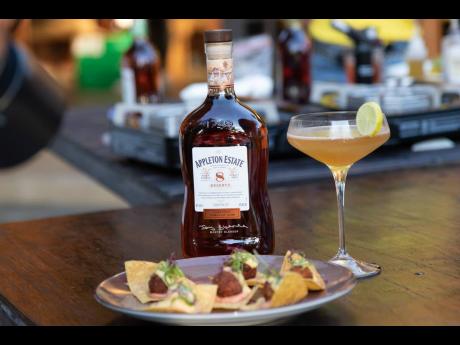 Rum sales by J. Wray & Nephew Limited, JWN, grew global sales to more than €28 million ($5 billion) in the March quarter, a 45 per cent improvement on inflows in the comparative three months of 2020.

Most of JWN’s sales revenue, €25 million, was made in Jamaica, according to the financial report released by parent company Campari Group.

Consumers of alcohol are still avoiding bars and entertainment spots, but are finding private ways to enjoy their favourite cocktail, the Italian company said of the rise in sales. The local rum portfolio includes Appleton Estate, Wray & Nephew Overproof and Kingston 62 rum.

“Cocktail making at home could be viewed as a new source of entertainment and remote social gatherings, driving increased consumption opportunities in the off-premise channel,” said Campari, which also noted that it continues “to monitor and analyse the evolution of the pandemic and its effects on the macroeconomic scenario, the markets in which it operates, the behavioural patterns of its consumer base, the Group’s financial position and the results of its operations, despite the objective difficulty in making predictions in a context constrained by numerous and new variables that are beyond the group’s control.”

The Jamaican rum portfolio accounted for 7.2 per cent of total group sales, according to the report, which equates to €28.6 million.

The performance of the local market outperformed most other territories in terms of percentage growth. Additionally, the sales of Jamaican rums grew 44.6 per cent year on year due to strong demand in Jamaica, USA and Canada, Campari said. The brands registered declines in Mexico, the report added.

During the quarter, Appleton Estate was named as the fifth Top 10 bestselling and fourth top trending rum in the world by the Drinks International Annual Brand Report 2021.