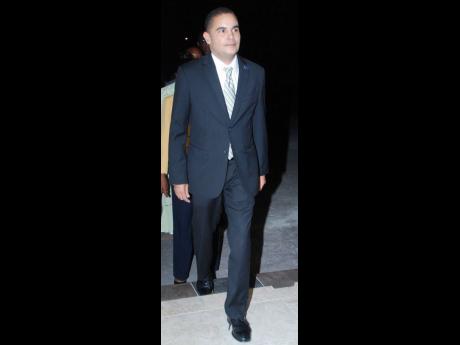 Food distributor Everything Fresh Limited, EFresh, has launched a snack line following a review of its business, which produced losses of $181 million for year ending December 2020. Concurrently, the company is finalising plans to exit at least...

Food distributor Everything Fresh Limited, EFresh, has launched a snack line following a review of its business, which produced losses of $181 million for year ending December 2020.

Concurrently, the company is finalising plans to exit at least one business line, or more, but is holding that information close to the vest for now.

EFresh has suffered from its heavy reliance on tourism operators, who lost nearly all their business during the pandemic and are still struggling to recover.

Chairman Gregory Pullen declined to comment on the operations to be exited, saying only that EFresh would be “eliminating businesses that are deemed to be non-profitable”.

The company previously exited pork production in early 2020, which was part of the operations of subsidiary company Meats Experts.

The new snack line, branded as Deep River, was rolled out last October and racked up sales of over $52 million by year end, contributing around five per cent to EFresh's annual revenue, Pullen said.

The company's annual sales held above the billion-dollar mark at $1.05 billion last year, but EFresh lost more than a half of its revenue over the period. Sales in 2019 had topped $2.2 billion. Net losses more than doubled, from $83 million to $181 million.

Central to EFresh's business review is a rebalancing of its revenue mix away from its over-reliance on hospitality flows, which provided 85 per cent of its sales income pre-pandemic, and towards a more diversified market.

Its dealings in the tourism industry also extended to Bahamas following EFresh's acquisition of a 60 per cent stake in new subsidiary, Everything Fresh Bahamas Limited, last October.

The hospital and travel markets were virtually shut down at stages and took the biggest hits under the pandemic.

“We were forced into action because the hospitality sector was decimated by COVID. Not only did we choose to focus more strongly on the products we had in the supermarkets and expand on those, but we've had to add lines. We felt that the snack market is largely underserved and we had the opportunity to land this contract, so we took advantage of it,” Pullen said.

“Overall, what we are trying to do is increase our non-hospitality sector portfolio and to introduce new lines of products. Not only do these new lines increase our top line, but we find that it increases our gross margins as well, because we are selling directly into the retail sector,” he added.

EFresh has been channelling some of the foods it would normally have sold to hotels through grocery retailers instead, as well as local restaurants. It's also been gaining sales through its new e-commerce platform, the chairman said.

Still, EFresh is banking on tourism's return to normality to pull itself out of losses for the 2021 financial year; and return to pre-pandemic sales levels by next year, assisted by the reorganisation of product lines and business operations. Its March first-quarter results are still pending.

“Hotel booking for the next two to three quarters are strong, and so the expectation is that when the hotel sector rebounds, we will return to sales level above our 2019 performance, at which time we had reported $2.2 billion in sales,” said Pullen.

“In 2022, we expect to be way north of $2.2 billion in sales, but although hotel sales may be higher, or the same as 2019, at that time the hospitality sector contribution will be somewhere around 45 to 50 per cent of revenues,” he said.

Correction: This story has been updated to reflect that EFresh expanded to The Bahamas through new subsidiary, Everything Fresh Bahamas Limited, and not to Barbados.