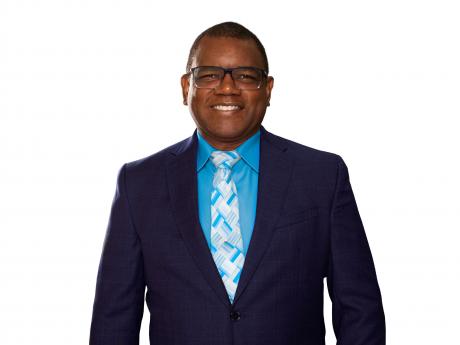 Evergo Jamaica, through its parent company InterEnergy Group Limited, is investing roughly $150 million in the rollout of 60 electric vehicle charging stations across Jamaica by year-end. The company has already installed four charging stations in...

Evergo Jamaica, through its parent company InterEnergy Group Limited, is investing roughly $150 million in the rollout of 60 electric vehicle charging stations across Jamaica by year-end.

The company has already installed four charging stations in Jamaica and will add another two to the network this month.

Additionally, Evergo has developed an app that allows customers to pay online, reserve charging stations, and find an outlet nearest to them. The ones in operation are located at Pier One, Montego Bay; Richmond St Ann; Boot Gas Station Dunrobin, Kingston; and Evergo's corporate office in Kingston.

The two installations which are planned for this month will be done under contract with Texaco. The service dealer has its eyes on Ironshore, Montego Bay and Portmore, St Catherine for its first two charging stations, CEO of Evergo Jamaica, Wayne McKenzie told the Financial Gleaner.

Since JPS has a monopoly on power distribution, Evergo will buy electricity from JPS at regular rates to power the vehicles it services.

InterEnergy is based in the United Kingdom but heavily invested in the Dominican Republic. Its next move is to enter Uruguay with the charging stations, after building out the Jamaican network.

“We are effectively reducing our carbon footprint in the electric generation space by utilising renewables and gas, so we are taking it a step further now,” McKenzie said.

“The difference between the two is really the time it takes to charge your vehicle,” said McKenzie.

“Compared to a home charger which can take anywhere from 18 hours to 26 hours to charge your car, these stations will be able to charge your vehicle between 15 minutes to two and half hours,” he told the Financial Gleaner.

“Our level-three charging station would give you superfast charging so you'll be ready to drive again in 15 minutes. But the time it takes to charge your vehicle still depends on the electric car you have, because some cars have an intelligent logic, which prevents it from being fast charged,” he clarified.

JPS has itself entered the electric vehicle charging business, rolling out its first of 12 public units at the Boot Gas Station in Drax Hall, St Ann over a week ago. Others are installing private stations, such as ATL Automotive, which was among the first to do trials, and Stewart Automotive to support its shift towards incorporating full-electric vehicles into its portfolio.

The Jamaican Government, in line with its pro-EV policy, plans to add 45 electric buses to the state-run JUTC fleet. And companies, such as courier service provider Mailpac Group, have quietly been testing EVs to see if they can withstand the wear and tear of Jamaica's road conditions and commute times.

The global movement towards EVs is expected to gain momentum in 2022, with expectations of full switchovers, within 15 years for some, and beyond.

Under the project being executed by Evergo, the company installs the stations, then seeks approval for their operation from the Government's Electrical Inspectorate, which checks them for consistency and compliance. On approval from the inspectorate, JPS then meters the stations to track the electricity utilised for billing and connects the supply.

McKenzie said Evergo does not bill for the electricity, per se, but more so the time spent charging a vehicle

“We don't charge for electricity,” said McKenzie. What Evergo will charge for is time,” he said.

“But what I can say is that the price for charging will be one-third the price of a gallon of gas, so on a monthly basis you should be paying 66 per cent less than what you pay at the pumps.”

Evergo customers are charged $10 per minute at level-two stations, which works out to around $900 for a full charge lasting 90 minutes, he said.