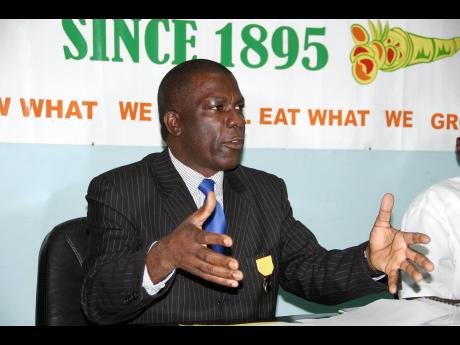 Jamaica’s coffee producers want to grow crop yields by 35 per cent over the next four years, and thereafter double production volumes to 500,000 boxes of beans by 2030, with the aim of capitalising on the growing market for specialty coffee. The...

Jamaica’s coffee producers want to grow crop yields by 35 per cent over the next four years, and thereafter double production volumes to 500,000 boxes of beans by 2030, with the aim of capitalising on the growing market for specialty coffee.

The coffee processors, through the Jamaica Coffee Exporters Association, JCEA, have formed a working group that will be assessing industry needs over the next six to eight weeks, and have already identified lands at high elevations in the Blue Mountains for the cultivation of beans on a variety of plots, some of which will require the clearing of 25-year-old trees.

The decisions on the size of the investment needed and the source of the financing are works in progress.

The market for specialty coffee, which describes the highest grade or quality of beans that are grown in a specific geographic location – referred to as the single-farm, single- origin concept – is projected to grow at a compounded annual rate of 8.0 per cent over the period 2020 to 2024, and Jampro is keen on tapping into that stream.

Jampro, which is a member of the coffee working group and the government agency in charge of investment promotion, has already began identifying potential new markets in the United States, beyond Starbucks, to include other coffee shops.

The global specialty market for coffee was estimated at US$35.9 billion in 2020, or about a third of the wider coffee market, which was valued at over US$102 billion.

Currently, the JBM market is worth about US$25 million, and that is projected to grow fourfold to US$100 million by 2030, if the production target is met, JCEA Chairman Norman Grant told the Financial Gleaner.

The JCEA is otherwise looking to the Jamaican government for tax breaks, trademark security and funding options for farmers.

On Wednesday, its members huddled virtually with Minister of Industry and Commerce Audley Shaw, the Jamaica Agricultural Commodities Regulatory Authority, JACRA, and Jampro to pitch their ideas, and to later incorporate the takeaways from the meeting into a roadmap for the sector.

Acting Director General of JACRA Gusland McCook said at the confab that his agency is working on reducing the turnaround time on approving shipments of commodities, and was four months away from completing the second phase of its export warehouse project.

As to the protection of Jamaican commodities from brand exploitation by non-Jamaican pretenders, progress has been made in that regard through a bill to amend the Trade Marks Act that is winding its way through the legislature. The bill goes to the Senate for debate next week.

The legislation allows for Jamaica’s accession to the Madrid Protocol, a treaty that affords protection over intellectual property through the international registration of marks.

Once the marks bill is passed and enacted, Minister Shaw, who piloted the legislation, has committed to having the treaty actioned in “a matter of weeks”.

The Ministry of Industry, Investment and Commerce will be pumping $600 million into improvement programmes for coffee farms, funds that Shaw said are proceeds from the winding up of the Micro Investment Development Agency, MIDA. The Development Bank of Jamaica has also set aside $2 billion as loan funds for small and medium-size enterprises that growers can tap into, he said.

Jamaica has a little over 5,000 coffee farmers.

The timeline for disbursement of the MIDA funds to the sector was not disclosed.

Years ago, the AFP was introduced as an incentive to encourage more persons to engage in farming. Qualified AFP applicants were exempted from the payment of income tax for a minimum of 10 years, after which the finance minister could grant an extension for another five years.

“Having the farmer status reinstated is critical to our growth plan … and we also hope to get tax relief for pickups coming into the island that will be used for agricultural purposes,” said Grant.

“Farmers are already faced with high and rising production prices for inputs, bad roads, and the list goes on. We just want to level the playing field, because there are others who are importing products and not paying tax on profit,” he said.