Resort units ready to go on the market 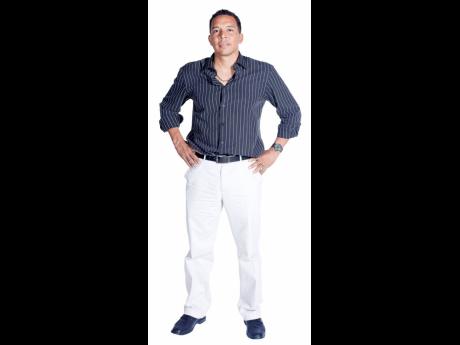 Entertainment company KLE Group’s losses grew sixfold under the pandemic, but the operator of the Usain Bolt Tracks...

Entertainment company KLE Group’s losses grew sixfold under the pandemic, but the operator of the Usain Bolt Tracks & Records brand remains hopeful that the long-standing Bessa resort project and continued restructuring of the restaurant operations will revive its finances.

The Bessa vacation units are now due to hit the market this month.

KLE’s directors began reshaping the business near the end of last year when they created two committees to oversee the restaurants and real estate divisions, while company founder Gary Matalon dropped the title of CEO to save on expenses related to his compensation.

It also took on $190 million of new debt, comprising two loans from banker Sagicor Bank Jamaica and another from a related party, over the course of the year, a portion of which paid for the acquisition of the UBTR Montego Bay franchise.

The entertainment company’s newly released audited results for year ending December 2020 show its losses growing from $16.8 million to $103.9 million, amid a one-third dip in revenue to $151 million.

The company also ran out of cash, its working capital fell into deficit, and its capital base was eroded to negative $5 million due to accumulated losses of $129 million.

The Bessa development, once finalised and operational, will be a source of hospitality and management fees that can help shore up the business and fund future projects, the company noted in a statement published with the financial. KLE is entitled to an annual administration fee equal to one per cent of its invested capital, as well as a minimum bonus payment of 15 per cent of the profit earned on the investment.

KLE Group Chairman David Shirley said the development, on which the hospitality company is partnering with Sagicor Life Jamaica Limited, is progressing and should be finalised by this December. The units comprise two different categories of condominiums, ocean and river views, which are 70 per cent and 40 per cent complete, respectively, while 12 villas have been completed, he said.

“The company is in discussions with a very experienced hospitality and property management company expert regarding the execution of the Bessa project…,” said Shirley, adding that it involves a “three-year management agreement”.

In the meantime, the directors of KLE are still discussing the restructuring of the restaurant division, its second reorganisation in two years. The first restructuring exercise was conducted in 2019 when KLE decided to ditch the franchise model for the UBTR restaurants and expand the brand by itself.

KLE now owns and operates two UBTRs in Jamaica, its flagship restaurant on Constant Spring Road in Kingston and the other in Montego Bay, the latter of which was formerly a franchising arrangement.

For now, KLE has been offering food takeout and delivery to sustain the restaurant operation under COVID-19 restrictions, but expects to wrap up discussions on the restructuring plan by the end of June. Shirley declined to comment on what the restructuring programme will entail, but said it would likely be executed with financial support from investment partners.

“The management and board of directors continue to believe that KLE Group will get back to innovation and industry leadership. It has been a difficult journey over the past couple of years; however, sometimes difficult circumstances create opportunities. We intend to restructure and thrive in the post-COVID-19 era,” Shirley said.