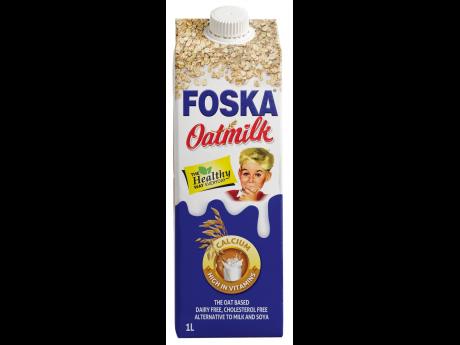 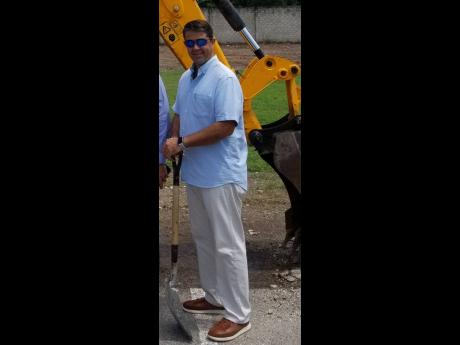 Caribbean Foods Limited, CFL, has expanded the Foska product line beyond oats to include oat milk, which the Ramson family-owned company says it has outsourced to an overseas manufacturer to produce. CFL, the owner and manufacturer of the Foska...

Caribbean Foods Limited, CFL, has expanded the Foska product line beyond oats to include oat milk, which the Ramson family-owned company says it has outsourced to an overseas manufacturer to produce.

CFL, the owner and manufacturer of the Foska branded products, launched the plant-based milk after some two years of market research, business negotiations and recipe formulation.

It’s the not the first oat milk product to be retailed in Jamaica, but the first beverage to be traded under the Foska brand.

Its production is contracted to an undisclosed manufacturing company outside of Jamaica, while distribution of the product to retailers is handled by Caribbean Foods’ sister company, Chas E. Ramson.

Caribbean Foods intends to bring production of the oat milk to Jamaica, eventually, but even then, the plan is to continue its production under contract with a third party, said Managing Director Christopher Ramson in an interview with the Financial Gleaner, without naming the entity.

Since its acquisition of the Foska Oats brand from American multinational food company Kelloggs in 1966, Caribbean Foods has been importing oat grains into Jamaica, which are then steamed, pressed and dried to produce the oat flakes it packages and sells.

The expansion into oat milk production is seen as a natural line extension for the company, which also sells instant porridge mixes made mostly from oats but also other materials.

“We’ve never manufactured any drink or beverage before. It’s always been naturally rolled oats, until we recently launched the cornmeal line. But the beverage category is a space we believe we needed to occupy,” said Ramson.

“Foska oat milk is a healthy alternative to dairy products,” he said.

The product joins the speciality milk market as the first oat milk for Jamaica, but will have to compete with popular almond milks, soy milks and other alternatives. Chas E Ramson itself is in that market as distributor of imported Almond Breeze milk.

The one-litre Foska oat milk retails for just under $600. Comparatively, in the speciality market, oat milk rivals Orijin Life and Minor Figures sell within the same price range, a similar size almond milk product sells for about $800; while regular milk retails at $400 per litre.

Ramson did not disclose the investment in the oat milk, but said the company avoided the massive outlay required in setting up a beverage production line by outsourcing its manufacturing.

“We don’t manufacture the milk ourselves. The capital investment that it would have taken us to do just one product was tremendous,” he said.

“It really was not feasible for us, so we found a company that we formed an alliance with. But our hope is to eventually move that production to Jamaica,” he said.

Once Caribbean Foods is satisfied it has carved out sufficient market space for the oat milk in the Jamaican market, it plans to export the product to Barbados, United States and Canada, Ramson said.

Ramson added that within the next six to eight months, he would be rolling out more dry goods and beverages, produced by Caribbean Foods at its plant in Kingston and its international manufacturing partner, including different sizes of oat milk.

Caribbean Foods’ product expansion follows a $375 million investment in additional factory space by Chas E. Ramson, which is the exclusive distributor of CFL products, but also represents a range of imported brands.

Locally made products account for about 45 per cent of sales and are primarily driven by the Foska line of products.