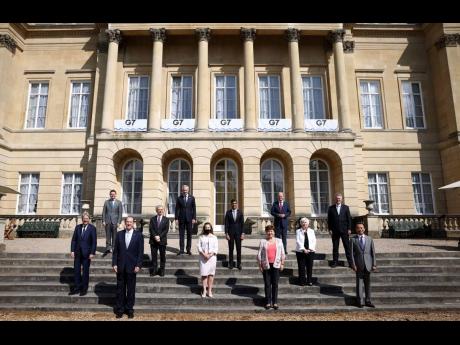 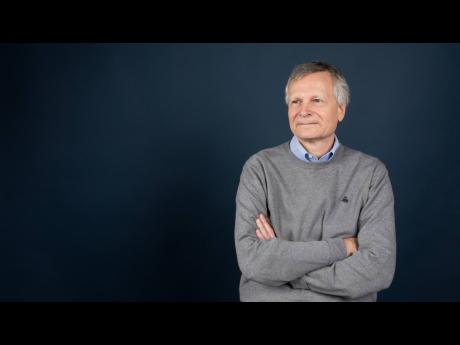 On June 5, the world’s leading economies, the Group of 7, announced an agreement that will bolster their ability to raise taxes on global corporations.

The agreement still needs formal approval from a wider set of countries, and there remain many details to be worked out for it to be effective. Nonetheless, it would not be far-fetched to describe the deal as historic.

The G7 agreement has two planks. First, it proposes a global minimum tax of 15 per cent on the largest corporations. Second, a portion of these corporations’ global profits will be clawed back to countries where they do business, regardless of the location of their physical headquarters.

These objectives are as clear an indication as any that hyper-globalisation’s rules – under which countries must compete to offer global corporations ever-sweeter deals – are being rewritten. Until very recently, it was opposition by the United States that stalled global tax harmonisation. Now, by contrast, it was US President Joe Biden’s administration that pushed the deal.

Since the race to the bottom in corporate taxation began in the 1980s, the average statutory rate has come down from nearly 50 per cent to around 24 per cent in 2020. Many countries have generous loopholes and exemptions that reduce the effective tax rate to single digits.

Even more damaging, global corporations have been able to shift profits to pure tax havens such as the British Virgin Islands, the Cayman Islands, or Bermuda, without having to move any of their actual operations there. Estimates by Gabriel Zucman of the University of California, Berkeley, reveal that an inordinate share of US corporations’ foreign profits are booked in such tax havens, where they employ only a few people.

Leaving questions about administrative feasibility aside, the new agreement might face two opposing objections. Tax-justice advocates will criticise the global minimum of 15 per cent as too low, while many developing countries will decry the global minimum as an unwarranted restriction that will impede their ability to attract investment.

The deal struck by the G7 appears to reflect both sets of concerns: the low threshold could assuage developing countries’ concerns, while the global apportionment of profits will enable high-tax jurisdictions to recoup some of their lost revenues.

Among developed countries, only Ireland, with a 12.5 per cent statutory rate, falls below the proposed minimum. But there are small countries – such as Moldova, 12 per cent; Paraguay, 10 per cent; and Uzbekistan, 7.5 per cent – that have set their rates particularly low to attract foreign investors, whom they see as a source of quality jobs and advanced technologies.

In inhospitable investment environments, lower taxes are one of the few immediate ways in which governments can compensate companies for the many disadvantages they face. And effective tax rates in some Asian countries, such as Singapore, where the statutory rate is 17 per cent but lower rates apply to some businesses, may end up on the wrong side of the minimum as well.

The argument for enforcing a common floor on corporate taxation is strongest when countries have similar preferences and want to avoid a prisoner’s dilemma in which their only reason to lower taxes is to prevent capital from going elsewhere. This may apply to most developed countries, but certainly not all, as the examples of Ireland, the Netherlands, and Singapore indicate. But when countries greatly differ in terms of levels of development and other characteristics, what is appropriate in one can be an obstacle to growth in another.

The US and high-tax European countries might complain about losing tax revenues when poorer countries maintain lower rates. But there is nothing to prevent such countries from taxing their home companies unilaterally at higher rates: they can simply apply the tax to domestic companies’ global profits, apportioned by the share of revenues they derive from the domestic market. As Zucman has argued, each country can do this on its own, without global harmonisation or even coordination.

That is precisely what the second plank of the G7 agreement envisages, although it goes only part of the way. Under the agreement, the largest multinational companies with profit margins of at least 10 per cent would have to allocate 20 per cent of their global profits to countries where they sell their products and services.

The reason that the US prefers a global minimum, in addition to national apportionment, is that it does not want to put its corporations at a disadvantage relative to other countries’ firms by taxing them at significantly higher rates. But this competitive motive is no different from poor countries’ desire to attract investment. If the US prevails and the latter lose out, it will be because of relative power, not economic logic.

The Biden administration initially wanted the global minimum tax set at 21 per cent. The eventual compromise of 15 per cent may be sufficiently low to minimise tensions with poorer countries and to allow the latter to sign on. The balance between global rules and national sovereignty may have been struck appropriately in this instance.

But for countries like the US, this comes at the cost of lower tax revenues, unless the second plank of apportionment is strengthened. Ultimately, a global regime that enhances the ability of individual countries to design and administer their own tax systems, in light of their own needs and preferences, is likely to prove more robust and durable than attempts at international tax harmonisation.

What is now clear is that countries that operate as pure tax havens – interested merely in shifting paper profits without bringing in new capital – have little to complain about. They have been doing global corporations a great service by facilitating tax avoidance, at considerable costs to other countries’ treasuries.

Global rules are fully justified to prevent such blatant beggar-thy-neighbour action. The G7 agreement is an important step in the right direction.