Caribbean Assurance back on track with regional expansion plan 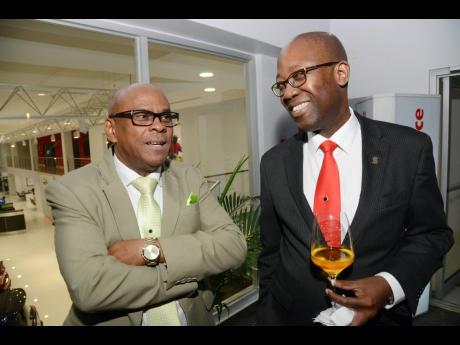 The brokerage is otherwise on track with its energy efficiency project, having achieved 85 per cent green energy coverage through the expansion of its photovoltaic system.

In an update on the CAB’s plans at the weekly Mayberry Virtual Investor Forum, Walker indicated that the company was intent on pushing ahead with the regional expansion of the 16-year-old brokerage, a goal that was initially disclosed in its prospectus when the company went public and listed in March 2020, one day before the first coronavirus case was detected on the island, but was now months away from executing its plan.

“Plans for expansion were stymied by COVID-19, but we are looking to put things in place and to start that project towards the end of the year, certainly into 2022. Right now, our focus is on Trinidad & Tobago, Guyana and Barbados,” he said.

Walker did not disclose CAB’s entry strategy into the new markets, but bragged at the forum that that the company was being hunted for partnerships by several underwriters and insurers.

“We have been approached by several to partner with them on the distribution of their products, not just here in Jamaica, but throughout the region. In fact, this year alone we have had three approaches and so we are very excited about the future,” the chairman said.

Walker expects that much of the company’s future growth will be driven by its offerings outside of Jamaica, but CAB is also looking to Jamaica for more revenue. Its most initiative was a revamp of the credit union product, dubbed the Credit Union Gold Series Plan, which offers three types of coverage, personal accident, life insurance and health insurance, under one premium payment. The plan took effect on June 1 and is underwritten by Guardian Life Limited.

“Over the past two years we have been carrying out extensive research on the credit union movement,” said Walker. “The credit union plan that we started out with was primarily a geriatric plan, meaning it targeted a lot of older folks. But our research showed that there are many young people who operate small businesses that are members of a credit union. Part of our target group for our revamped credit union offering is the dressmakers, barbers, taxi-men living in the rural areas,” he said.

For the first quarter ending March, CAB’s losses deepened to $7.8 million, compared to $4.6 million in March 2020, despite a seven per cent improvement in revenue. The company made a profit of $31 million for the full year ending December 2020, but that was $7 million less than the year before, and flowed from depressed revenue, which fell from $401 million to $370 million.

CAB said the March quarter’s underperformance was due to increased spending on improvements to the business. The brokerage recently invested in the upgrading of its website to provide insurance services online.