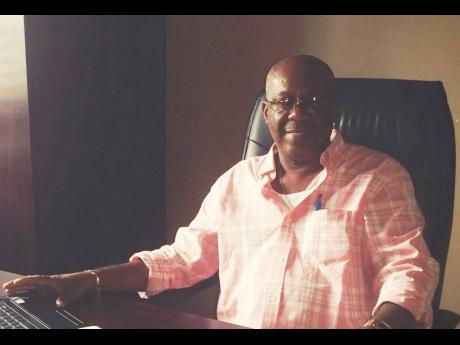 Lackie Horne, director and shareholder of Arc Systems Limited, provided the affidavit requesting a stay of the receivership over the company.

Construction materials company Arc Systems Limited, which was placed in receivership in May, has filed an appeal against the decision and also asked the Court of Appeal to issue a stay on its execution, pending the determination of the case. The...

Construction materials company Arc Systems Limited, which was placed in receivership in May, has filed an appeal against the decision and also asked the Court of Appeal to issue a stay on its execution, pending the determination of the case.

The receivership over the company founded by Norman Horne, executive chairman of the Arc Group, was granted at the request of Exclusive Holidays of Excellence Limited, a Montego Bay-based company controlled by Fred Smith which is trying to recover outstanding payments for construction steel or rebars it supplied to Arc Systems in 2008.

But Arc Systems is challenging Exclusive Holidays’ standing to bring the case, among 23 grounds listed in the appeal, because Exclusive itself was placed in liquidation seven years ago, in 2014, to recover debt.

The Supreme Court had weighed the argument, but Justice David Batts, who heard the case, decided to stay the wind-up order against Exclusive in July 2019 and gave clearance for its action against Arc Systems to proceed. Government Trustee Nicola-Ann Brown Pinnock told the Financial Gleaner at the time that the stay was conditional on Exclusive and its foreign creditor ASE Metals coming to some agreement over the US$880,000 of debt that was owed.

Exclusive itself is seeking to recover $25.8 million in commercial debt from Arc Systems.

Arc Systems is also indebted to a Swiss trade finance company called Atradius Credit Insurance NV, which is owed US$8 million, or $1.2 billion at current exchange rates, and was a party to the case.

Ken Tomlinson, who was appointed as receiver by Batts on May 7, issued press notices two weeks later announcing he was the trustee over the bankruptcy estate and invited creditors to a June 4 meeting — ostensibly to ascertain the full measure of the debts owed by the company.

Tomlinson declined to comment on the outcome of the meeting.

“We’re doing what we have to do; putting in some work and moving forward. That’s all I’ll say on that at this time,” he said this week, while noting that the receivership was proceeding in accordance with the Insolvency Act.

Arc Systems’ appeal seeks various determinations by the court, including a ruling rescinding Tomlinson’s appointment and for him to turn over documents related to the company; lifting Batts’ stay on a 2014 wind-up order against Exclusive, and affirming the Government Trustee as provisional liquidator; and that Exclusive lacked standing to bring the case against Arc Systems.

Exclusive filed a counter-notice of appeal on June 4, indicating it would contest the appeal and seek affirmation of Batt’s ruling, while making reference to two omissions on the Notice of Appeal filed by Arc: that the applicant was incorrectly identified as Arc Systems Limited instead of Arc Systems Limited (in Receivership); and that Atradius was incorrectly omitted as a respondent.

Tomlinson, who was interim receiver for Arc Systems prior to his full appointment as receiver/manager in May, produced a series of reports tracking the movement of funds and assets in relation to the company that were presented to the court over time.

Batts, on the basis of Tomlinson’s work, urged relevant agencies to take a closer look at the information, and suggested that the receiver himself would have the power to hold persons to account.

Batts’ allusion to potential wrongdoing is one of the issues that Arc Systems raised in the appeal as an error by the judge, as the issue was not a part of the claim over which he adjudicated. Its request for a stay of the judgment, for which Arc Systems director and shareholder Lackie Horne provided an affidavit, raised the prospect that the receiver might be inclined to follow through on the judge’s suggestion.

Tomlinson told the Financial Gleaner, however, that while he has taken note of Batts’ ruling on the issue, his focus was on recovering the assets of the company and paying creditors.