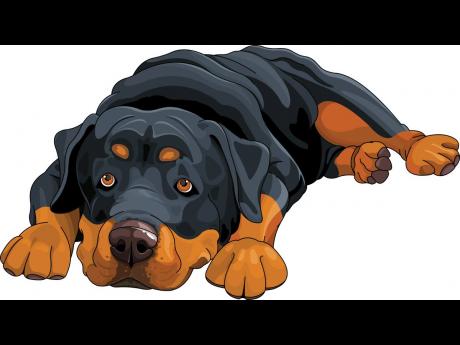 Newspaper dog-bites-man, or dog-bites-woman, stories always get my attention. This is because I was once the victim of an attack by a Rottweiler. I was walking on a public road one Saturday morning, minding my own business, when the dog jumped over a fence and bit me.

My interest in the subject is also professional. Dog ownership comes with risks. Some of the risks are imposed by law, namely, the recently passed The Dogs (Liability for Attacks) Act or DLA. It describes how the risks associated with ownership must be managed and sets out the penalties when those rules are violated.

There is also an insurance angle. Owners can buy liability insurance to protect themselves if their dogs attack and injure members of the public.

Because of that experience and my professional interest, I pay attention when I see persons in my neighbourhood run on the roads in the mornings with their dogs. They adopt contrasting styles in managing the risks.

One, a woman, runs with a fully grown German Shepherd at her heels. The dog is not muzzled, nor does it wear a leash. I get the impression that it accompanies its owner to offer protection and to get exercise. A young man runs along the same road with a tan-coloured Pitt Bull. It is muzzled and is controlled by a leash. This animal behaves like it is being trained to accompany its master on his early-morning jog. The man is acting in compliance with the law.

I read last Monday’s Gleaner article, ‘Dog Bite Test’, on a day that I saw the two dog owners. The news item was about a 61-year-old woman who was attacked in Eltham, St Ann by two Pitt Bulls while she was on her way to work. She suffered injuries to her head, legs, thighs, and eye, and was hospitalised for two days. A man who helped her suffered bites on his arm. The gates to the premises where the owner of the dogs allegedly lives were left open. Another dog that was chained was seen on the same premises.

Between August 2018 and December 2020, I wrote three articles about dog bites and insurance. The last one was written after the law was passed in the Senate. It concluded with the following statement: The law will create significant legal exposure for the average dog owner … some victims of dog attacks are likely to be left sucking salt because lawmakers did not examine whether some of the risks associated with dog ownership could be transferred to the insurance market at a reasonable cost.

The owner of the two Pitt Bulls will face significant legal exposure because of the incident. Section 8 of the Dogs Act mentions a fine not exceeding $500,000, plus an amount not exceeding $3 million where the attack results in personal injuries. These are criminal penalties. These fines or imprisonment in the event of non-payment come into play when Section 4 (1) of the law is not complied with.

The dog owner is obligated by law to ensure that, while the dog is in a public place, it is: kept under control; fitted with a muzzle that prevents the dog from biting; and fitted with a restraint (such as a secured leash attached to a collar).

The owner of the two dogs can also face civil liability. Section 5 says that “the owner of a dog shall be liable in damages for injury done by the dog in any place, other than the premises (or part thereof where the dog is kept, or permitted to live or remain and it shall not be necessary for the party seeking compensation in damages to show (a) a previous mischievous; (b) the owner’s knowledge of a previous mischievous propensity in the dog; or (c) that the injury was attributable to neglect on the part of the owner”.

This is what lawyers call strict liability. In other words, the claimant does not have to prove that the dog owner was careless or intended to cause harm for the claim to succeed.

The DLA created a new line of business for insurers – much in the same way that the Motor Vehicles Insurance (Third-Party Risks) Act explicitly created liability insurance for motor vehicles using the public roads. In the case of the former, some insurers have not done their homework and missed the business opportunity.

Dog-bite insurance, designed to protect dog owners against claims made against them by victims of dog attacks, is not available as a stand-alone product. However, persons who buy insurance to cover their houses and contents and who have dogs can get protection under the liability section of their policies. As a rule, fines and other penalties imposed under the law will be excluded.

Dog-bite claims can amount to millions of dollars. Over 10 years ago, one claim was settled for $1.5 million for a 62-year-old woman who was mauled by a dog.

The next time that I meet the two dog owners on the road, I will ask, from the safety of my car, whether they carry insurance to protect themselves were their dogs to cause injury to third parties or cause a collision.