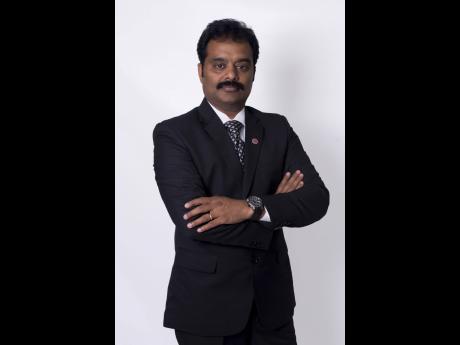 Pharmaceutical distributor Indies Pharma Jamaica Limited is reporting progress on the development of two new drugs earmarked for the United States market and says it has worked out kinks in its supplies as it looks to reverse the declines in profit and revenue reflected in its most recent financial results.

The company’s half-year or six months results to April 30 show a small six per cent uptick in revenues to $424 million relative to the 2020 period. However, there was a 38 per cent comparative decline in net profit to $68 million .

Most of the profit fallout was in the second quarter, February to April, which saw a 70 per cent drop in net earnings to $20.5 million on the back of a three per cent dip in revenue to $200.7 million.

“The two drugs for US FDA approvals are progressing well as per the indicated timelines and are on target. They were successfully developed on the laboratory and commercial scales and are awaiting stability studies,” said Indies Pharma CEO Dr Guna Muppuri, referring to the Food and Drug Administration in the United States. “The dossier is to be filed by the end of this year as per our target, and we are anticipating approvals by 2023. This will open a market of US$730 million per year for the drugs to participate in,” Muppuri told the Financial Gleaner following the release of the junior stock market company’s financials last week.

The pharma firm’s management also has their eyes set on some new drugs exiting the local approvals pipeline – a pipeline that, separately, the heads of Indies Pharma and Hungarian-owned competitor Medimpex Jamaica have both said has been further clogged by the knock-on effects of the COVID-19 pandemic.

“Since the pandemic, no new approvals were issued by the Ministry of Health & Wellness. We have 18 drugs long overdue for approval, another 26 waiting for appointments to submit dossiers, and another 38 drug dossiers will be ready for filing within the next few quarters,” Muppuri said.

He is optimistic that the declines of the last two quarters will not be a feature of Indies’ financial performance going forward, describing the downturn as the result of one-off events.

“There was the one-off impact of expired goods from a new product line,which ate into our profits. If you add that cost and the increased finance costs related to payments on the $805 million bond, which was an investment in the US FDA approval process and land acquisition for expansion, our figures would have been higher by 12 per cent over last year,” the Indies Pharma CEO said.

Muppuri said the company has also fixed its supply and warehousing systems to prevent future stock-outs that affected its performance during the pandemic. However, the higher costs for air and sea freight, which are said to have shot up by 300 per cent and 100 per cent, respectively, are new realities the company is learning to live with.

“We have adjusted to the new norms of shipping and airfreight. The supply of goods is now a seamless process,” he reported.

Higher stock volumes on hand from expanded warehousing has helped to push up asset values for the company, which is also said to be reaping rewards of real estate price appreciations since the pandemic.

“The capital gain on the real estate we acquired continues to grow as a result of the sudden surge in real estate prices and growing demand for land along the Ironshore highway, where we acquired the property. There seems to be no more land available for sale in the vicinity of our lands, and where parcels might be available for sale, the price has escalated by up to 65 per cent,” Muppuri said, regarding the 16 per cent jump in the company’s assets to $1.6 billion.

Describing the operations within the pandemic as a learning curve, the entrepreneur, who is also into real estate development as well as business processing and knowledge processing outsourcing businesses, is of the view that the pharmaceutical company is dealing effectively with the challenges of the moment.

“We passed the litmus test. The pandemic-related challenges, especially, were managed efficiently, and the results were consistent and solid, indicating that we are a relatively recession-proof business and a safe stock for investors,” he said.

Market investors punished Indies Pharma this week, erasing nearly 20 per cent of its value, but at $3.23 per share, its closing price on Friday, the INDIES stock is still up 22 per cent, year to date.