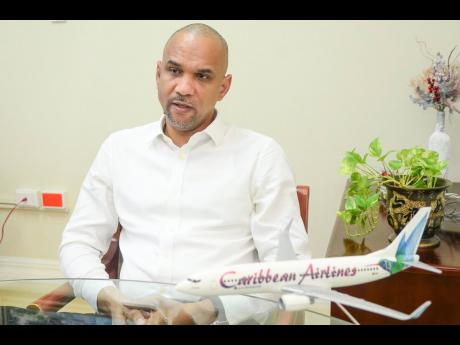 There is no letting up of the financial turbulence pummelling regional carrier Caribbean Airlines Limited, CAL, which this week reported continued financial haemorrhaging, with a first-quarter loss of TT$172.7 million (US$25.7 million).

In the face of the constant flow of pandemic-induced red ink, CAL has embarked on another round of cost-cutting, taking the axe to 450 workers in cuts that are permanent, unlike last year’s temporary lay-offs.

In a statement, CAL said the cuts were across its global network, but didn’t say how many of what category of staff were affected. No effective date was given for the redundancies, which follow temporary lay-offs last year and represent a reversal of the airline’s initial application of what was said to have been Trinidad & Tobago government policy of keeping staff on the payrolls of state entities during the COVID-19 pandemic. The airline is majority-owned by the Trinidad government, with Jamaica as minority partner.

The airline said the action was a necessary response to a 90 per cent falloff in business, 75 per cent decline in revenue, and as part of a continued reining in of costs, which it said had been contained to 52 per cent of first-quarter 2020 levels.

“The airline was kept afloat through a government-guaranteed loan and a cash injection by the government of Trinidad and Tobago totalling US$100 million,” CAL management said in the statement issued on Monday.

The statement made no mention of the outcome of negotiations for “external funding” in which the airline’s management was said to have been involved up to February this year. At the time, CAL’s head of corporate communications, Dionne Ligoure, said the source and amount of the financing being sought could not be disclosed because of the sensitive nature of the talks and due to competition considerations.

The Trinidadian government said in May last year that it had guaranteed a loan of US$65 million for the airline after it was unable to pay expenses, including salaries, as the airline’s revenues dried up amid the collapse of the global travel market. The government had disclosed a year earlier that it was servicing a US$75-million debt for the airline.

Whereas the airline was mandated last year by its majority shareholder to keep staff in place, leases up-to-date, and all systems at the ready for a full resumption of global air travel, loss-making fatigue appears to have worn down that position.

This week, CAL said it was shedding some of its fleet and other assets, but did not spell out the non-aircraft assets to be disposed of or the manner of the disposal. It also stopped short of saying how many of its leased aircraft were being surrendered or what routes would be affected by the reduced fleet, much of which is understood to have been parked at its Piarco airport base in Trinidad for most of last year as borders were closed. Trinidad remains closed to incoming passengers.

“Passenger demand in the short to medium term is not going to recover sufficiently to support the existing company structure after the reopening of the borders. As a consequence, Caribbean Airlines is required to take further steps to ensure it has a sustainable business model for 2021 and beyond,” the airlines said in explanation of its latest actions.

The 25 per cent of the workforce being sent home through redundancies, is said to constitute labour that is “surplus” to the current needs of the airline.

After years of loss-making, CAL had started to turn a profit in 2019 on the back of revenue of TT$3 billion, or US$440 million, for the year, but by March of the following year, losses were in the region of US$14 million a month.

Up to press time, CAL officials had not responded to questions seeking further details of its cost- cutting and first-quarter financials.

Its current troubles square with the trend worldwide that has seen airlines descending into losses due to locked borders and decline in travel. Some carriers have muscled through aided by huge government bailout packages, including loans, loan guarantees, subsidies and unemployment grants for displaced workers, while some have folded.

Intra-regional airline, LIAT, which mainly services the eastern Caribbean, collapsed last year, brought down by the weight of debts amounting to some US$80 million in unpaid salaries to staff and another US$100 million owed to creditors.

Some shareholding countries have refused to recertify LIAT for operation in their countries, preferring the permanent wind-up of the loss-maker and possibly starting a new island-hopping airline business.