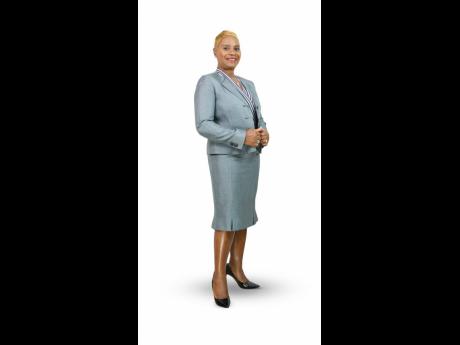 Lasco Financial Services Limited, or LasFin, came roaring back this fiscal year, growing its earnings nearly fourfold amid the pandemic and wiping clean the rare loss it booked the previous year.

And not only did the company headed by Jacinth Hall-Tracey double its cash holdings during the pandemic to a record $1 billion, up from $487 million, it did so while paying down more than $300 million of debt.

The group fell into red over the year ending March 2020 after its microfinance arm, Lasco Microfinance Limited, booked losses of $650 million on impaired loans at the onset of the COVID-19 crisis. But the signs the company might have a bad year had manifested from the September quarter, long before the pandemic emerged, when LasFin booked its first quarterly loss since listing on the stock exchange more than a decade ago, Financial Gleaner records show. Its fiscal period runs from April to March.

In a strong turnaround this period, the company, which offers micro loans and money services, spun from an annual loss of $57 million to a profit of $155 million for year ending March 2021, a 375 per cent change. However, it still sees LasFin’s earnings dropping to an eight-year low and well shy of its $282 million profit record in FY 2019.

Lasco Microfinance is still manoeuvring through the pandemic but has cut the loan delinquencies in half and is looking to rebuilding its loans portfolio. LasFin has recorded a near $500 million drop in loans to $1.08 billion as of March, net of $174 million of debt write-offs.

The group is otherwise seeing gains on the money services side of the operation, which has helped to alleviate the drag from the microfin business.

“For the group’s remittance segment, revenues were impacted early in the pandemic; however, this rebounded upon the increase in transaction volumes due to the various stimulus packages implemented in the key diaspora corridors. Also, with the closure of the travel industry it meant more persons began to send via remittances and this led to increased volume and revenues,” LasFin said in a statement to shareholders.

Its cambio retail service, which deals in foreign exchange, registered a 50 per cent dip in revenues due to pandemic-related lockdowns and restrictions on operating hours, but LasFin noted that this segment accounts for a “small percentage” of total inflows.

“Overall, the group saw an improvement in its money services business and it expects that this will continue,” the company said.

Total revenue for the group dipped from $2.4 billion to $2.2 billion.