New boss Gia Abraham has a three-pronged strategy for CAC 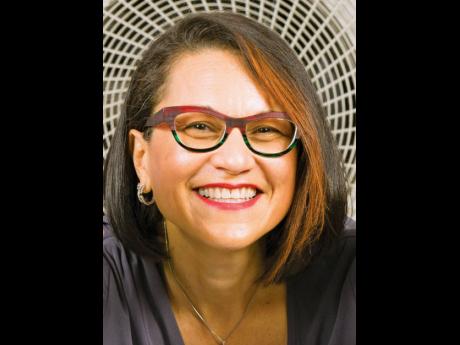 Six months into the job as CEO, Gia Abraham is focused on a three-pronged strategy for air conditioning company, CAC 2000 Limited, centred on diversification, operational improvements and people development. She has taken over from her husband...

Six months into the job as CEO, Gia Abraham is focused on a three-pronged strategy for air conditioning company, CAC 2000 Limited, centred on diversification, operational improvements and people development.

She has taken over from her husband Steven Marston during a period of turmoil for the company that was first left at the mercy of roadworks that acted as a physical barrier to the firm and its clients, and then later the pandemic.

The next real test for the company is how it manoeuvres its way through new foreign rivalry against which the tiny firm does not have the wherewithal to compete one-on-one.

“We run the risk of becoming non-existent because the reality is that while we do a large amount of projects, the competition for those projects is now global,” said Abraham in an interview with the Financial Gleaner on her plans for the business.

CAC 2000 managed to eke out a profit of $35 million last year, even after two quarters of losses during the pandemic, but its earnings remain under pressure.

For the six-month period ending April 2021, the company made a profit of nearly $9 million, reversing the loss from the previous year despite a $65-million decline in revenue to $508 million.

Abraham noted that at one time, CAC was only competing with others in Jamaica and the region, but that the market has evolved over the past decade.

With the advent of the large Spanish hotels, they began procuring equipment from large European companies; while the Chinese added a new dynamic because of their involvement in construction projects, and their market reach, she said.

“They are doing it a whole lot differently because they are building from the ground up. They are making deals in areas where CAC cannot compete since at this time we’re not involved in construction,” she said.

CAC is now trying to carve space for itself in what the sector refers to as internal environment quality, or IEQ, a value-added segment that focuses, for example, on servicing contracts and plant upgrades for better air quality management.

In addition to other initiatives the company is actively pursuing IEQ partnerships that will not depart too far from core business of air conditioning but will allow for diversification to unlock growth and ensure survival.

CAC 2000 new joint venture with Tropical Battery Company Limited, which they call ENRVATE, is one of those initiatives. The company will trade in energy-efficient solutions, with upfront financing for customers.

Marston, who was CAC’s CEO prior to passing the baton to Abraham on January 1 of this year, has been tapped to run ENRVATE, but remains executive chairman of CAC 2000.

Born in Kingston, Gia Abraham says she is the product of a half-Chinese Jamaican mother and a Syrian Arab Trinidadian father with both sides having very large families. She left Jamaica at age seven for schooling in Trinidad until she was 14 when she was sent off to her maternal grandmother, Pearl Wong, in Canada to finish high school and pursue university studies.

All those movements were made necessary by the toxicity of her home life, said Abraham, who noted that her mother was determined that she get the best opportunities available to her.

She added that she was happy to volunteer details of her personal hardships as an inspiration to those who think that they must be defined by their circumstances.

“When I was at the University of Toronto, I literally worked three jobs simultaneously to finance my own schooling, since my parents had divorced by the time I was 18 and I was left with only the support of grandparents and a trying mother,” she said of her evening stints at Valley Fitness retail sales and front office worker at an investment firm.

Young Gia, armed with a bachelor’s degree in biology, grabbed the first job available in banking as a teller, but quickly worked her way up the ranks.

“From that level, I did my different exams and by the time I left to return to Jamaica at age 29, I was a fully qualified investment banker,” she said.

In 1995, a Abraham interviewed for a Jamaican job in Canada that landed her a position in investment banking in Jamaica at CIBC.

“I said I’d give myself two years and if it didn’t work out, I could always go back to Canada, since I didn’t leave on bad terms,” she said.

It was during her tenure at CIBC that she started dating Steven and it was then that he and Collin Roberts, who already owned 49 per cent of CAC, grabbed the opportunity to purchase the remaining 51 per cent of the company.

“The joke at the time was when Steven said to me: ‘Why don’t you just come over and manage the finances?’ My answer to him was: ‘When we get married, I’ll move over because a lot could happen between now and then’,” she recounted.

Abraham joined CAC in 2001 as chief operating officer, and set about learning the business that was headed by Marston as CEO with Roberts in charge of the technical operations.

As to the firm’s people focus, Abraham said the company has so far trained 72 air conditioning technicians under a special programme, retaining 12 of them, while some of the others have landed jobs at other companies and some have struck out on their own as independent contractors.

The training programme, diversification of income streams to incorporate indoor environmental projects, and the implementation of an enterprise resource planning initiative, she believes, positions the company for survival.

“That will streamline our processes from our front office to the back and eventually out in the field when our technicians will have the necessary technology to work smarter,” Abraham said. CAC employs 65 persons, split 60 per cent male, 40 per cent female.

The company has adopted the slogan ‘Improving People’s Lives’ throughout the organisation, using it as a tag line for signing on to the company’s system.