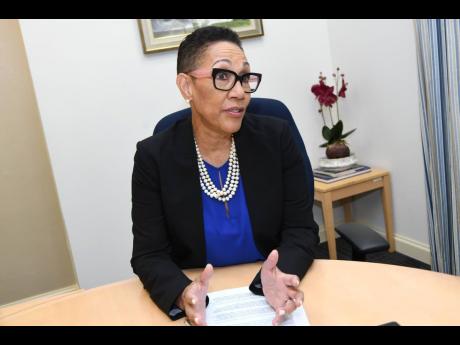 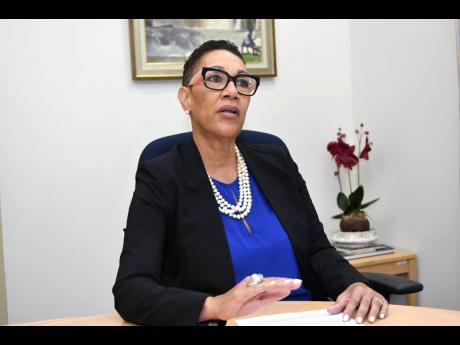 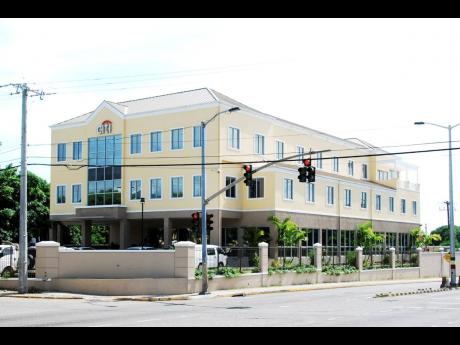 N ot all businesses have been hammered by the pandemic. Citibank NA is reporting that its Jamaica business has so far come through the COVID-19 health crisis unscathed, and with growth in revenue and clientèle, even as Citi’s global operations...

N ot all businesses have been hammered by the pandemic.

Citibank NA is reporting that its Jamaica business has so far come through the COVID-19 health crisis unscathed, and with growth in revenue and clientèle, even as Citi’s global operations experienced a substantial 43 per cent net income decline last year.

And, unlike other commercial banks operating in Jamaica, Citi, which focuses on corporate banking and wealth management for multinationals and large institutional clients, including the Jamaican government, has not had to extend loan moratoriums or undertake any other remedial measures to shore up its business or those of its local customers during the pandemic.

“I fared better than my client outlook last year. We beat our budget,” Citi country officer and corporate bank head for Citibank Jamaica, Eva Lewis, said of client numbers and income during an interview with the Financial Gleaner.

Citibank Jamaica is the smallest of the eight commercial banks operating in the $2 trillion sector, and, unlike the others, does not engage in retail banking.

Commenting on the 43 per cent fall in net revenue for Citibank’s global operations, Lewis noted that all the big banks have had to make prudent, if not sizeable credit provisions, which will become unlocked later as a result of little actual losses and therefore, balance sheets and income statements of banks will bounce back to pre-pandemic levels.

“Citibank (Jamaica) has had absolutely no issues whatsoever. This is really reflective of the fact that we bank a very top-tiered clientele, the multinationals and subsidiaries, for example, who would have their own strategies in place to weather dislocations to their businesses, and were not credit issues for us. We didn’t have to do any kind of remedial work whatsoever,” she added.

Jamaican hotels banked by Citibank are said to be reporting positive outlooks for the coming winter season, with some being overbooked. Without giving specific examples, Lewis said even where revenues slipped for some companies that bank with Citibank, their profitability has been on the rise. This she attributed to the businesses’ sophistication, access to large pools of credit, and their ability to respond to these kinds of crises, particularly through taking the knife to inefficiencies at the expense line.

The bank is said to have been able to assist many of its clients to fast-track digitisation plans – technology and online operations being an area in which Citi prides itself. The bank itself was able to make a seamless transition to remote work, according to the country head.

“It codified what we had been practising for as an institution, which is our continuity of business and our resilience,” Lewis said.

Some five years ago, Citi exited retail consumer banking in its Latin America operations, under which the Jamaican operation is grouped, and over the past year, also ended commercial banking in Asia. The Jamaican exit from retail banking happened in the 1990s.

Its business model focuses on growing business in the institutional space and deepening its penetration into wealth management, according to Lewis, who has headed the Jamaica operation since 2017. The bank is also a leader in the foreign exchange forward market, even developing products at the request of the central bank, Lewis said.

“When the exchange rate was galloping, we encouraged our clients to think about the forward market, so that they are not running after a galloping exchange rate, but being able to predict their pricing and budget appropriately. I think we are one of a few banks that are continually writing forward contracts in the market to give our clients predictability of liquidity and price,” said the banker.

Citibank Jamaica backs the efforts of the Bank of Jamaica, BOJ, to pilot a central bank digital currency, or CBDC, for Jamaica, and is preparing a platform for its use, but Citi has shied away from cryptocurrencies that are not central bank-backed.

“It is not something that we are involved in at all, certainly from a local operations point of view. As a form of payment, we are not set up to take it. I think the regulatory issues surrounding that are so novel. We haven’t quite reached there yet. Plus, it is a bit of an investment asset and I don’t do investment or asset management,” Lewis said.

Noting that the CBDC, which she describes as “revolutionary”, is being supported by all deposit-taking institutions, Citibank is working through the internal processes for its introduction and would be rolling out its agenda regarding the new payment option.

Having had the Jamaican government as a liability management client for many years, Citi was a major player in the debt exchanges orchestrated by the Government of Jamaica in 2010 and 2013, and led international investor roadshows for the country up to 2019. Lewis said the government’s programme of extending its debt profiles to longer term maturities before the pandemic served it well during the crisis.

“Jamaica found itself in an enviable position last year because of the wonderful strategy of pushing out its debt to longer-term maturities since 2013, 2014, 2015, the PetroCaribe transaction and beyond. The government has done a fantastic job since the exchanges in moving those maturities out,” she said. There were no maturities at all and they didn’t have to return to the debt capital markets, cap in hand, for anything. It put them in a great position to be able to secure the IMF’s rapid financing facility, which they still haven’t drawn down on because they don’t need external financing,” the corporate banker noted.

While not a retail banker and not active in the financing of micro, small and medium enterprises, Citibank Jamaica is supporting the creation of new small businesses through the ‘Democratisation in the Americas’ urban lab initiative that funds youth to incubate creative ideas and provide expert guidance to turn them into sustainable businesses.

Citi’s total investment by way of grant funding through the global Citi Foundation, for the project managed by the Trust for the Americas organisation in partnership with local implementing agency Institute of Law and Economics, amounts to US$895,000.

The project has been operating in Jamaica since 2016, with some 88 innovations by over 1,300 young techies. The current projects include an app that teaches tourists to speak Jamaican Patois, hydroponic growing of mushrooms, and 3-D laser printing technology.

An area of current and future focus for Citibank’s business in Jamaica, and globally, is being described as sustainability or responsible financing. The bank, being one of the few large US finance houses to sign off on the United Nations Environment Programme’s ‘Principles for Responsible Banking’ finance initiative, is actively financing low and net-zero carbon-emitting projects, including clean energy.

Lewis says Citi, which is heavily invested in the clean energy sector in Jamaica, is currently on the hunt for more of those projects to finance.