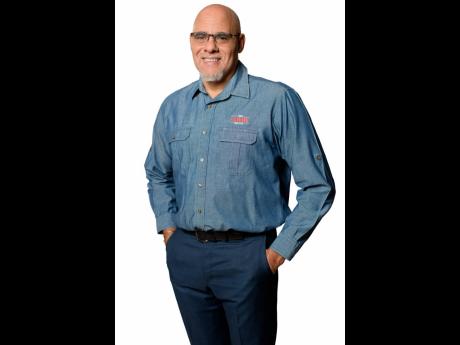 F inancial conglomerate JMMB Group Limited is cash-rich coming out of the first year of the pandemic; deliberately so, according to CEO Keith Duncan and Chief Financial Officer Patrick Ellis.

The group’s net profit rose 10 per cent from $7 billion the year before to $7.7 billion at year ending March 2021, pumped up by better results in most business lines and nearly $2 billion in profits from its recent 22 per cent stake in Sagicor Financial Corporation.

JMMBGL’s earnings growth, in a period that all but wiped out income profits and market share for some businesses – as well as its cash pile of $67 billion – is being used to fuel what Duncan calls their “growth mindset”. The company grew cash by nearly $25 billion over the course of the year, from $42 billion at March 2020.

“In 2020, we continued on our growth path. While others went into a very defensive mode, and with the country and world in a lockdown mindset, our mindset continued to be one of growth and that showed in our results,” Duncan said on Thursday in an interview with the Financial Gleaner.

“When COVID hit in February-March of last year, we immediately sat down as a team and formulated our strategy, and our number one strategic imperative was to stay close to our clients and protect them. Our investment clients would be facing a great deal of uncertainty and we had to protect our clients who have banking and loan relationships to work through the issues. We also had to protect our liquidity and our capital.”

The growth included expanding JMMB Group’s loan portfolio by 21 per cent to $119 billion. Its commercial banking arm, JMMB Bank, is said to have extended to its borrowing clients $11.7 billion in deferred payment on loans approved by the central bank.

The 11 deposit-taking institutions are reported to have extended some $270 billion in moratorium to borrowers since the pandemic. JMMB says it has since brought down the amounts deferred to around $4 billion. Non-performing loans, or NPLs, are said to be running at two per cent of the portfolio in the Jamaica operation, a major improvement to previous years, when it was regarded as carrying one of the highest NPLs in the banking sector. Repossessed collateral during the year fell massively to $44.2 billion, compared to $149 billion in the year before the pandemic, as JMMB gave borrowers room to recover.

“That is a testament of how we engaged our clients one-on-one,” Ellis said.

While foreign exchange margins on cambio trading saw a fall-off of nearly $1 billion to $1.9 billion, Duncan noted that the remittance business in Jamaica made important gains from the continued buoyancy of remittance flows into the country even during the pandemic. Fees from managing clients’ funds were flat at $1.4 billion.

The JMMB Group management also wrung greater efficiencies from the operations, tamping down staff costs by $1.4 billion without cutting staff numbers and taking the knife to marketing, promotions and donations, which were pared by $343 million.

“There were growth opportunities in the environment and we went after those,” Duncan said, noting that while Trinidad was in a mode of containment for the year under review, there were significant growth opportunities, particularly in Jamaica and the Dominican Republic.

He pointed to what he said was a deliberate strategy of diversification of investments pursued by JMMB Group across the Caribbean during the pandemic. Duncan added that now armed with a significant outlay of cash, a number of options are now being considered for both organic growth and mergers and acquisitions across the region.

JMMB Group says during 2020, it gave special focus to small and medium-size businesses,with a significant outlay of loan products with funding sourced from the Inter-American Development Bank, IDB, and the Development Bank of Jamaica, DBJ. The group carried balances owed to these institutions of $432.3 million to the DBJ and US$35 million to the IDB. It also accessed $523.6 million in mortgage funding from the National Housing Trust for its customers under the NHT’s joint mortgage programme.

“SMEs constitute an area that has been underserved by financial sector over the years. We made a strategic decision before the pandemic that we were going to go for this area, to really work with them, and invested in a resource centre right across the region to invest in the sector and nurture SMEs for them to grow,” Duncan said.

He said this thrust is continuing into 2021.