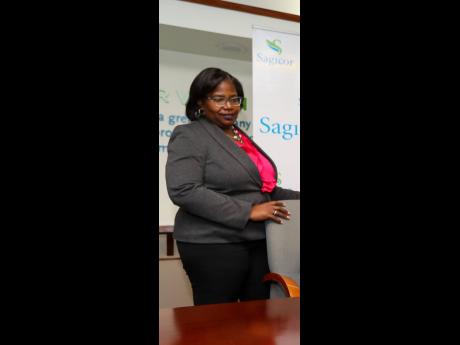 Sagicor Group Jamaica is moving ahead with plans for the development of a residential complex on 11 acres of land that sits adjacent to its newly built commercial complex in Mineral Heights, Clarendon. The financial conglomerate, which operates a...

Sagicor Group Jamaica is moving ahead with plans for the development of a residential complex on 11 acres of land that sits adjacent to its newly built commercial complex in Mineral Heights, Clarendon.

The financial conglomerate, which operates a property services arm, says it has already engaged professionals on the project and has done preliminary work on the layout of the site.

It’s also in the process of finalising the project cost, the company said in an update on the full project.

Plans for the housing complex in Mineral Heights were first announced in 2017 as part of mixed-use commercial and residential development on 21 acres of land owned by the company.

Sagicor pumped $2.3 billion into the build-out of the commercial complex, called Millennium Mall, which consists of 63 shops developed on 10 acres of the property. The complex was opened in 2019 and at the time had secured lease arrangements for 47 of the units. Its occupants include courier and transportation service Knutsford Express, a supermarket chain, medical professional offices, restaurants and fast-food services.

Of the other 16 units, Sagicor itself is expected to utilise eight of the units; and it is currently reviewing applications for four of the remaining eight stores.

Sagicor had adopted a ‘wait and see’ approach to the residential side of the development, which was dependent on the take-up of the commercial units. The results have been satisfactory, the company indicated this week.

Sagicor Senior Vice-President of Group Treasury and Asset Management, Donnette Scarlett, said there has been an “overwhelming response” to the commercial development, even though not all the units have takers.

“Given the advent of COVID-19 … we are comfortable with the level of interest we have been able to generate and maintain,” Scarlett said.

Sagicor has not revealed the scope and launch date for the residential development, including the number of residential units, nor the market at which they will be targeted.