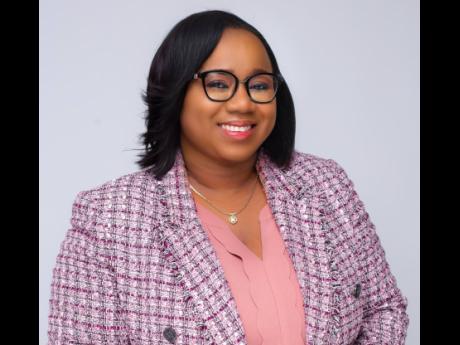 Digital payments are not new to Jamaica, and digital gifting, or the sending of gift cards electronically, has already been pioneered, though it is still in its infancy. Online payment for entry to parties and other events has not been commonplace. That is about to change. With COVID-19 restrictions, including an all-out ban on parties and other entertainment events having emptied the pockets of many local party promoters over the past year, the Government recently buckled to pressure and announced a freeing up of the ban on condition that COVID-19 protocols are observed and stipulated rules followed.

BlinkSky, a new entrant to the digital gifting and rewards space, said to be a market worth US$160 billion or $24 trillion globally, is seizing the opportunity provided by the recent freeing up of COVID-19 ban on parties and large public gatherings to engage promoters in using the tech company’s platform for no-touch ticketing for events for which the organisers hope to get government greenlight on application.

The company says talks are underway with event organisers who wish to allow patrons attending its events to purchase digital tickets or redeem giveaways on its platform. In an interview with the Financial Gleaner, General Manager of BlinkSky Jamaica Sherika Jackson-Grant was optimistic of the eventual take-up of the digital solution as both her company and entertainment organisers pivot to new ways of doing business as a result of the pandemic.

“The system is contactless, which is a big thing now with the outbreak of COVID-19. It can support businesses within and outside the COVID-19 measures. Another benefit for event organisers is that they get to keep track of sales in real time since everything is automated,” Jackson-Grant said.

BlinkSky’s digital ticketing works through event organisers signing up to use the platform. Digital tickets are then made available for purchase online. Organisers can also sell tickets directly from their phones using BlinkSky’s digital point-of-sale option. Patrons who purchase tickets will have a secured digital ticket delivered to them by WhatsApp, text message, or email. The tickets are said to be secured with a PIN, and each ticket has a barcode and voucher code. At the events, tickets are scanned directly from the patron’s phone using any smart device or a barcode reader, with both the organiser and the patron receiving a record of the transaction.

While talks with the promoters take place in the hope of clinching deals, BlinkSky, which has operated in Jamaica since last year, is said to be making inroads into the client gift card segment through greater promotion of digital gifts to workers by companies and other organisations, as well as through loyalty rewards and digital discounts deals, a market now dominated by companies like Gustazos and Brawta Living.

BlinkSky Jamaica hopes to spur growth in the local industry, said to be worth some $4 billion, while carving out a share for itself. Its efforts to muscle in have included urging greater use of digital donations to charities.

The business reports that it has already signed up five companies that use its platform to give cash digitally to its work-from-home employees for paying utility bills. Its founders, Jamaica-born American entrepreneurs Marc Chambers and Yasmin Williams, are now bullish for growth in the discount e-gifting and loyalty rewards programme segment fresh from a partnership struck with GraceKennedy Value Rewards (GKVR), one of the largest local players in customer-loyalty programmes. BlinkSky is promising more partnerships to come in the short term.

“With doing digital gift cards, employee reward cards, and digital tickets, the platform lends itself naturally to doing other things like charity-drive donations, membership-fee collection, and things of that nature. We can create digital cards for those activities,” according to Jackson-Grant.

Globally, the gift-card market is a significant source of revenue for retailers and restaurant brands. Growth in physical gift cards was nine per cent in the 2019 to 2020 period, but digital gift-card adoption is projected to grow 23 per cent by 2025, more than 2.5 times faster than overall gift-card sales, according to research carried out by Incisiv, an industry-insights firm that helps retailers and brands navigate digital disruption in their industry.

The pandemic has accelerated the adoption of digital gift cards as mobile and digital gifting increases, but the precise value and pace of growth for the local e-gifting market are not known.

BlinkSky has pitched plans to increase its revenues by 25 per cent from repeat sales from e-gift certificates on its platform. Jackson -Grant said the company charges a flat fee for sending gifts through its platform. This, she believes, helps distinguish the company from segment competitors. Typically, yearly subscriptions are charged by e-gifting businesses.

“The Jamaican market is prime for the adoption of e-gift cards on two fronts. The first would be Jamaica’s mobile-penetration rate. Because BlinkSky is mobile first, meaning merchants can create their own digital gift card and sell to their customers and they can be redeemed via phone, it makes it easier for a micro or small business to have access to additional digital channels to sell their goods and services,” Jackson-Grant points out.

She is of the view that her company is also on the cutting edge in respect of the drive to move Jamaica into a cashless economy.

BlinkSky already has a presence in 10 markets, including Trinidad and Tobago and The Bahamas, and a catalogue of reward options spanning 1,200 local and international brands on its platform.

The agreement with GKVR is expected to bring more eyes to rewards options on BlinkSky’s digital-gifting platform from GKVR’s audience of over 250,000 members as well as allow for the addition to the platform of other GraceKennedy consumers brands, including Hi-Lo Supermarkets, GK Insurance, First Global Bank, Bill Express, and FX Trader.

GKVR brings to 25 the number of local merchants BlinkSky Jamaica has in its platform. The company is targeting 100 local merchants by year end, including entities in the rebounding tourism industry. Jackson-Grant is tight-lipped, however, on the details of the planned foray into the tourism sector.