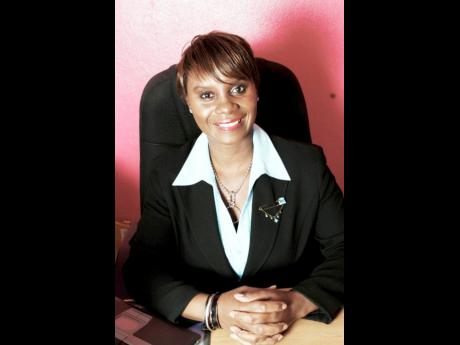 Lasco Financial Services Limited, LFSL, is emerging as a major player in the payment card business, having come to market with its second such product under approval from the central bank’s sandbox, a strict and comprehensive regime by the Bank of Jamaica, BOJ, designed to drive fintech innovation while tightening anti-money laundering controls.

The second LFSL product is a prepaid Visa card issued by Lasco Pay, the LFSL’s application that supports its other payment solution, the Lasco Pay prepaid Mastercard. The new Visa-backed card is slated to come on stream between July and September this year, LFSL’s Managing Director Jacinth Hall-Tracey told the Financial Gleaner.

As Visa products are typically issued by banks regulated by the central bank, the new product could not have been issued outside the sandbox, the Financial Gleaner learned.

The Visa card roll-out complements the company’s first product launched under the sandbox regime – a tech-driven cashless business model, that was designed especially, but not exclusively, for business owners without bank accounts. That initiative, dubbed Lasco Biz, sees LFSL acting as a merchant aggregator or a super merchant to a banking institution to facilitate small business operators with or without a bank account, who wish to boost their sales including through doing cashless transactions across countries.

Lasco Biz is now in its test phase, which will run for up to two years under the central bank’s watch. It now involves a small group of participants, approved by the BOJ, but is expected to be opened to the public after the successful completion of the pilot.

Less than a year into testing its role as a merchant aggregator, LFSL is looking to secure more business in the payments market with the new deal inked with VISA, making it the first non-bank in Jamaica to have a Visa card product and a principal issuer of Visa prepaid cards locally, according to LFSL.

The prepaid Visa card will compete in the same market as the Mastercard product and is an option for employers seeking an alternative to cash payments to staff.

For now, the Lasco Pay Visa mobile app allows users to check account balances, make payments and conduct transfers all in one place. Hall-Tracey said other features are in development.

“Lasco Financial Services is continuing the tradition of creating products and services that encourage financial inclusion. We are elated that Visa has invested their confidence in Lasco to bring this product to market and we anticipate immediate adoption once this product is launched,” Hall-Tracey said in a statement.

While in the sandbox, LFSL said both products will operate with limited service until granted full approval to scale to the general public.

The central bank’s fintech sandbox is designed to test innovative financial products and services, and businesses are subject to the supervision of the BOJ. Under the initiative, the BOJ will promote innovation but within an environment where risks are managed, including the prospect of product failure, as well as minimising the risk of jeopardising the integrity and stability of the financial system.