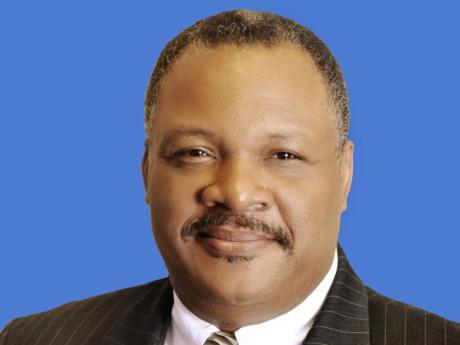 Walker is a former Commissioner of Customs, Director of Elections, and National Project Director for Social Housing in the Ministry of Economic Growth and Job Creation - Contributed photo.

WIPL is in the business of refuelling ships both in port and at sea and is a large-scale supplier of fuel.

The company says Walker, who is a former Commissioner of Customs, Director of Elections, and National Project Director for Social Housing in the Ministry of Economic Growth and Job Creation, is known for his adept negotiating skills, along with strong acumen in the area of business planning, operations management and sales.

“I am proud to have joined the team at WIPL, a company owned by Jamaicans, which has drawn on a variety of local and international expertise in the crucial energy sector. I note that WIPL has established strong and credible footprints across the region as a company that is renowned for solid performance in the energy sector - in particular in the areas of bunkering and fuel distribution. I look forward to assisting WIPL to build on this track record and to consolidate its plans for future expansion," said Walker.

In welcoming him to the team WIPL chief executive officer, Charles Chambers, said, “It's no secret that our company is taking steps to expand our participation in the energy sector across the region. The addition of Danville Walker to the team is a key strategic move in this regard. Mr Walker's record as a performer of the highest calibre speaks for itself. We welcome him to the team and are excited about WIPL's future prospects."

West Indies Petroleum was formed approximately nine years ago as a special purpose vehicle to enter the ship bunkering business in the Caribbean and Latin American region.

The entity has developed into one of the region's leading energy companies.