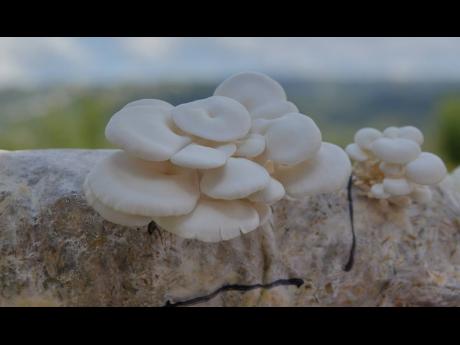 File
File Mushrooms on a farm in Jamaica.

Canadian start-up Field Trip Health Limited is investing US$1.1 million in a research facility for psychedelic mushrooms at the Mona campus of The University of the West Indies, UWI. The partnership was struck in April 2020, but the financial...

Canadian start-up Field Trip Health Limited is investing US$1.1 million in a research facility for psychedelic mushrooms at the Mona campus of The University of the West Indies, UWI.

The partnership was struck in April 2020, but the financial details of the arrangement are only just emerging with the listing of Field Trip on the Toronto Stock Exchange last month.

“In connection with its partnership with UWI, Field Trip agreed to lease property from UWI, contribute up to US$1 million of initial capital for the Jamaica facility and psilocybin research, and a total of US$100,000 to fund student development initiatives at UWI over a 36-month period,” said Field Trip in filings with to the US Securities and Exchange Commission this week, as part of its preparation for listing on the Nasdaq in New York.

Field Trip shares started trading on the Toronto Exchange in June. The company operates subsidiaries in Canada, USA, Jamaica, and the Netherlands, and held capital of CDN$113.5 million at financial year ending March 2021.

Locally, Field Trip has already invested some CDN$263,000 representing “construction in progress” at the UWI facility. Efforts at comment from the UWI-Mona department overseeing the partnership were unsuccessful.

Psychedelic or ‘magic’ mushrooms contain a substance called psilocybin and are used for therapeutic or mental health treatments. Mushrooms are otherwise grown as food.

Jamaica’s mushroom market is emergent, with at least three North American entities showing interest in investing, as well as Ehave Inc of Canada, and locally based MycoMeditations, which was reportedly founded by American Eric Osborne.

“New players are joining every week,” said one operator who is in the process of formalising their farm to supply consumers and researchers. “Locally, there are a handful of large-scale farms, but it still is not enough to satiate the need of the researchers looking for product to test,” the person said.

The operator has avoided forming partnerships with overseas interests to keep full control of the farm.