Airlines cite concerns about fuel shortages at some airports 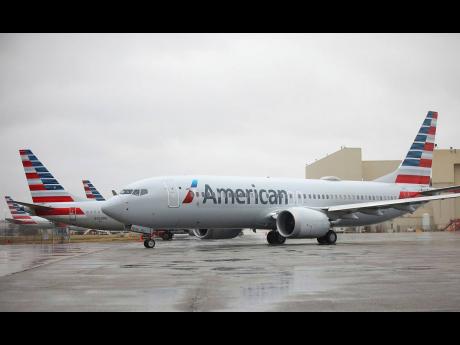 The fuel needle is moving closer to “empty” at some United States airports.

American Airlines says it’s running into fuel shortages at some smaller and mid-size airports, and in some cases the airline will add refuelling stops or fly fuel into locations where the supply is tight.

The airline said that the shortages showed up first in the American West, where they could affect efforts to fight wildfires. They are now being reported in other parts of the country and will last through mid-August, according to a company memo to pilots on Monday. The American Airlines memo to pilots was reported earlier by CNBC. It asked pilots to conserve fuel by, for example, leaving one engine off while taxiing.

American said fuel supplies are being squeezed at “several” airports, which it didn’t name, mostly because of a shortage of tanker trucks or drivers.

Delta Air Lines, meanwhile, said Reno, Nevada, is the most affected location. Delta said pipelines have been devoting more space to gasoline and diesel and less to jet fuel during the pandemic. Nevada politicians worry that the situation could limit the flow of tourism dollars.

Southwest said the fuel situation hasn’t affected its flights, but it has added more fuel on some planes to limit the amount needed at airports with shortages.

Trade group Airlines for America said it is talking to federal authorities and pipeline operators about the situation, which it added mostly affects smaller airports in the West.

The jet fuel supply is being taxed by a strong recovery in travel, which means more planes in the air. US air travel has reached about 80 per cent% of its pre-pandemic levels, with about two million people a day are flying in the US, double the number in early March.