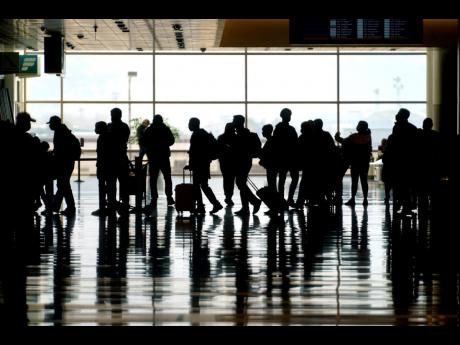 Their absence is noteworthy because they are a key source of revenue and profit, underpinning a record-breaking stretch of financial gain for United States airlines that ended with the coronavirus.

Business travellers tend to pay higher fares, and that is especially true on international flights, which are also still deeply depressed by the pandemic and travel restrictions around the globe. Because their fares subsidise other passengers, their absence is leading to higher leisure fares on many routes, experts say.

Business travellers also spend money on hotels, meals and other things. The US Travel Association estimates that domestic and international business travellers spent more than US$300 billion here in 2019. The group estimated that that dwindled to about US$95 billion last year and won’t fully recover to 2019 levels until 2024.

During calls with Wall Street analysts last week, US airlines said business travel has picked up in recent weeks but is still down more than half from this time in 2019.

Airlines have been hoping for a major boost in business travel in September, as schools and more offices reopen. Now, however, that optimism is being tempered by the rise in COVID-19 cases around the country fuelled by the Delta variant.

“We are encouraged by the trends that we see out there, but we really are planning that a material amount of business travel won’t come back until after the October period,” Vasu Raja, American Airlines’ chief revenue officer, said last week.

Airline executives are counting on people like Vazar Lukovic, who owns a digital marketing agency and a production company near London. Lukovic says he is willing to put up with higher prices on some of his flights to places like Moscow and Belgrade, plus the cost of mandatory COVID-19 tests.

“You know, Zoom meetings, they can only go so far,” Lukovic said. “When you meet in person — whether it’s that energy or what they say about the feeling or the vibe — it’s just so much more personal.”

Unable to travel last year, many companies relied instead on video platforms, including Zoom. Opinions vary about how quickly corporate travel will recover, and whether some of it will be permanently replaced by videoconferencing.

Delta Air Lines says business travel was 20 per cent of normal in the first quarter, 40 per cent in the second, and will hit 60 per cent in September. The airline isn’t predicting whether business travel will ever return to pre-pandemic levels, but if it does, it won’t happen quickly. A Delta survey of its corporate customers finds that only 57 per cent plan to be back to full travel by the end of 2023.

“I do think that maybe 10 per cent to 20 per cent of the previous business travel will be lost, but I think you’re going to find new forms of travel,” Bastian said in an interview. “There will be new reasons why people travel.”

Bastian says some things, like overnight trips to business meetings in Europe, will be dropped because they are an inefficient use of time. But he says there will be new demand to network by meeting people after being introduced on Zoom.

Aside from their own surveys, which airlines are often unwilling to disclose, there are few precise numbers about business travel. The industry trade group Airlines for America estimates that before the pandemic about 30 per cent of trips were taken for business reasons, and that those travellers accounted for between 40 per cent and 50 per cent of airline revenue.

Some experts thinks business trips might be fewer and more carefully selected.

“Things have changed,” says Brendan Drewniany, public relations director for Black Tomato, a luxury-travel company. “There is less an expectation to have a volume of back-to-back meetings, and in general the trips themselves have been longer and not as rushed, which is actually a plus.”

In a survey conducted this month for the Global Business Travel Association, 50 per cent of the 618 companies polled said they already allow non-essential business travel within their own country, with many others expecting to do so in the next three months. However, only 14 per cent were travelling internationally with modest interest in soon-resuming cross-border trips, which are more complicated because of travel restrictions, including quarantine requirements in many countries.

A separate survey by Bank of America suggests that business travel will recover more slowly than some would want, but gives airlines and hotels hope for the long term. Nearly half of US corporate travellers surveyed expect their next business trip won’t happen until at least next year, but 56 per cent expect to eventually travel more than they did before the pandemic, compared with 31 per cent who expect to travel less, according to the bank.

Denise Daniel, who manages travel for Domo Inc, says US sales people are on the road, while the business-research firm is doing little to no travel in Europe, Australia and Japan because of virus-related restrictions. The 800-employee company has tightened its process for approving travel because of liability concerns, although it is not requiring vaccination before travel.

Daniel believes that the pandemic will lead to different kinds of travel, but not necessarily less: fewer conferences, more chances for far-flung employees to get together on projects.

“We realised how much we value in-person meetings — that collaborative dynamic when people are with each other — but we don’t want people to travel for things that could or should be handled virtually,” Daniel says. “We have learned how to take care of non-essential meetings in probably a better way for the environment and a better way for the budget.”

Marie Swift, who runs a marketing communications firm in Falls Church, Virginia, used to travel about every other week for consulting, conferences and speaking engagements, but during the pandemic she didn’t fly for 14 months.

Swift booked a flight to New York in early September for a gala, where her company is up for an award. If the nation hasn’t reached “some sort of herd immunity” by then, Swift says, “I will be the double-masked lady with a ball cap and glasses on, air vents full force ... wiping down my tray, armrests, and seat-belt buckle.”

She has nine more business trips scheduled between September and early November. Will she be on board, or will she cancel?