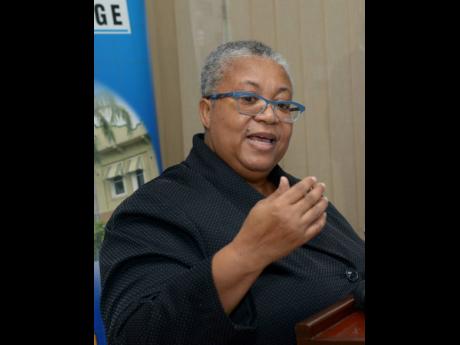 The JSE also expects by next year to start allowing investors to make money from the fall in prices of certain stocks, otherwise known as short selling — a proposal that has been mulled over for at least four years, but could represent a shift in investment strategy for willing risk-takers on the local market.

“Yes, we do have companies seeking broker licences,” said JSE Managing Director Marlene Street Forrest in response to queries at the annual general meeting held on Wednesday. “There is one that will be starting soon and another that the application has just been approved.”

Last year, the brokers facilitated some $5.19 billion worth of trades, a dramatic decline in the pandemic year, relative to the $12.44 billion of transactions recorded in 2019.

Barita Investments is the oldest broker, while JN Fund Managers and CUMax were the most recent additions.

Brokers act on behalf of persons wanting to buy and sell shares on the JSE. They require a trading licence, which are only granted to JSE broker-dealer firms. Brokers charge a commission per trade that works out cheaper than trading outside the exchange, which attracts a stamp duty and transfer tax.

Brokers generally get a one to two per cent commission on each side of the trade. These fees add up, but also requires staffing to take customer orders, for those which opt to not allow online trading. Consequently, most dealers still earn the bulk of their income from the capital market side of their business, rather than the equity markets.

The JSE suffered from reduced earnings last year due to the fallout from the pandemic, which resulted in the index pulling back some 25 per cent in 2020. In the second quarter of 2021, the market performance has been “moderate” with signs of improvement, according to the JSE in its financials released on Wednesday. Over six months, the JSE Group earned net profit of $190.4 million on revenue of $852 million, compared to profit of $213 million on revenue of $887 million in the year-prior period.

The JSE Group said it plans to introduce new services to the market going forward.

“We intend to ensure that in 2022 we will be live with the short selling market,” Street Forrest said, adding that it would be implemented in a cautious manner to preserve what she called the security of the market. “We will have rules based on what stocks can be shorted,” she added.

Shorting involves the ‘borrowing’ of shares from a broker under contract, which is referred to as margin lending.

Street Forrest said that the JSE is looking at the “lending and borrowing facility that will connect all the aspects of short selling”. Apart from back-office processes, the JSE also needs to decide which of the roughly 90 actively traded stocks can be shorted.

“The determination for the stocks for initial test case, that has not yet been done. It is something that requires some analysis. Obviously, not all stocks will be shorted,” said Street Forrest.

Shorting shares is counter-intuitive on the surface. When investors buy shares, they own them — which is referred to as a long position. Investors who engage in shorting, are borrowing shares from their broker and, therefore, effectively hold negative shares in that stock. Investors make money when the price falls from the price at which they entered the short. That’s because it is cheaper, for example, to give back 100 shares at $5 than 100 shares at $10. They exit the short with a profit by buying the shares at the lower price and pocketing the difference.

The JSE indicated that it would create rules and monitor transactions to mitigate against large players heavily shorting a stock or the market.

JSE Chairman Julian Mair added that short selling in a measured manner provides increased investor versatility without making the wider market vulnerable to collapse; and that shorting can add balance to the Jamaican stock market that now only allows investors to take long positions.

“All implications are being explored and are being recognised. It could have a large market impact if large players take one side of the trade. Truth is, that is always the case [currently],” said Mair. “When shorting occurs, it will allow investors to take different sides and therefore adds robustness to the market, [allowing] you to express yourself as an investor,” he said.