Film sector declines by $2b 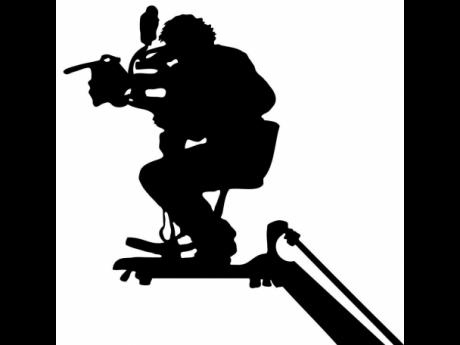 The Jamaican film industry has taken a hit during the pandemic, registering a two-thirds decline, equating to $2 billion, in the value of the business generated from local and overseas films. The film sector was negatively affected by health...

The Jamaican film industry has taken a hit during the pandemic, registering a two-thirds decline, equating to $2 billion, in the value of the business generated from local and overseas films.

The film sector was negatively affected by health protocols that prescribe physical distancing and limits the number of persons for gatherings, containment measures to stem the spread of the coronavirus.

But the Jamaica Film & Television Association, JAFTA, expects a rebound next year.

“Public health remains paramount, and the objective is to see an upswing in productions in 2022 and beyond as the pandemic situation unfolds,” said immediate past President of JAFTA Analisa Chapman on Tuesday.

Newly released data indicates that 78 film registrations were approved in 2020 for local and international companies seeking to produce films, documentaries, commercials, TV shows, music videos. Film production expenditure fell dramatically in 2020 by $2 billion to $388.8 million, while the temporary jobs created declined by 334 to 1,171 in 2020, according to data from the Planning Institute of Jamaica.

“Local productions were and are still taking place within the Jampro/JAFTA back-to-set guidelines and within the orders of the Government of Jamaica,” said Chapman, an attorney who focuses on the creative industries.

Top film productions in the year were associated with music culture, such as the Rebel Salute television production, and the Clarks in Jamaica documentary. Additionally, a number of music videos contributed to earnings from artistes such as Chronixx, H.E.R., Protoje and Koffee.

Film expenditure in 2019 generated $2.4 billion, representing a record year of earnings. The sector benefited that year from the James Bond No Time to Die movie, which was filmed in Jamaica and was responsible for $1.8 billion of industry expenditure in Jamaica. Other big films and productions in 2019 were The Swing of Things, SYN and Running Bulls, Top Boy and 60 Minutes television series.

But even if the James Bond bonanza was eliminated as a one-off occurrence, the fall-off in the sector in 2020 would still have been substantial – falling from around $550-$600 million in 2019 to $390 million last year.

Chapman says local creatives continue to tell their own stories and that more Jamaican films will emerge with time. A major project of JAFTA includes Propella, a short-film project that supports the development of a series of locally produced short-length films, annually.

“Now more than ever creative and local content is king and in demand, which will revive past local content and create a path for new ones as even local broadcasters are developing new local content,” Chapman said.