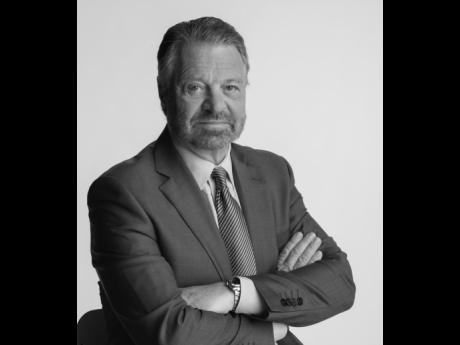 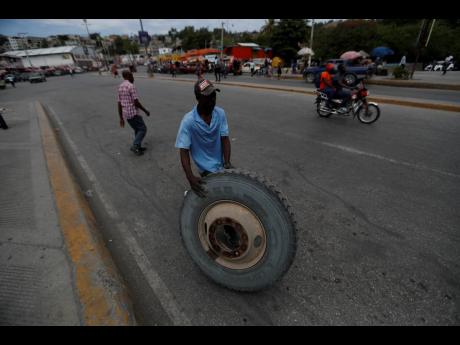 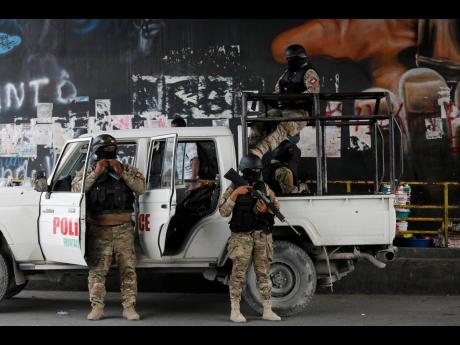 In the Caribbean, summer is when things happen. As the weather heats up and hurricanes pass through, passions tend to flare and crises erupt. Yet such crises rarely occur in more than one country at a time, and the dangers they pose are generally limited. Not this year.

On July 7, armed men stormed the private residence of Haitian President Jovenel Moïse in the middle of the night and shot him dead, shocking the country and setting off a political power struggle.

Prime Minister Claude Joseph, who has served as acting president since Moïse’s death, has now agreed to hand over power to Ariel Henry, whom Moïse appointed as the country’s next prime minister just two days before being killed. But while this could go some way towards defusing the immediate political crisis, the assassination does not bode well for Haiti’s stability or prosperity.

This month has also brought the largest display of dissent in Cuba in decades, with thousands of Cubans taking to the streets to protest deteriorating living conditions and a lack of basic goods, including medicine, during a worsening COVID-19 outbreak. Many called for an end to the 61-year-old communist regime.

For policymakers in the United States, a perfect storm seems to be brewing. Their worst Latin American nightmare has long been the simultaneous exodus of refugees from Haiti and Cuba towards Miami. This prospect is particularly daunting at a time when migrant apprehensions at the United States-Mexican border are at their highest level since 2000.

After Haiti’s 1991 military coup, tens of thousands of Haitians set out for the US. Today, thousands of Haitians are parked outside the Mexican Refugee Office in Tapachula, on Mexico’s border with Guatemala. Several thousand more have formed an increasingly permanent ‘temporary’ camp in Tijuana. While US Secretary of Homeland Security Alejandro Mayorkas has warned Haitians not to attempt to enter the US, many are likely to ignore him.

In the case of Cuba, US officials might have even more reason to worry. In 1965, during one of the first economic crises after the Cuban revolution, Fidel Castro allowed the Swiss government and US President Lyndon B. Johnson’s administration to operate so-called Freedom Flights, which took thousands of Cubans to Miami.

In 1980, the Mariel boatlift – again masterminded by Castro – brought 125,000 Cubans from all walks of life to Miami, though some ended up in a military compound in Arkansas. In 1994, after the maleconazo riots, Castro announced that anyone who wanted to leave the country could. So, between 25,000 and 40,000 Cubans set out for Miami in makeshift rafts, with many ending up at the US Naval Base in Guantánamo.

Sending Cubans packing after mass protests has been the regime’s standard operating procedure. But this approach may no longer be enough to defuse domestic tensions. For starters, Fidel is dead, and his brother, Raúl, who had been running the country since 2006, retired in April. I knew Fidel, and Raúl is no Fidel. Neither he nor Miguel Díaz-Canel, who succeeded Raúl as president and head of the Communist Party, has the charismatic bond with the Cuban people that Fidel had, for better or for worse.

Moreover, the economic crisis Cuba is facing today may be even more severe than during the “Special Period” after the Soviet Union’s collapse. January’s maxi-devaluation has triggered hyperinflation, output is paralysed, and restrictions on remittances and tourism from Miami imposed by former President Donald Trump’s administration remain in place. Virtually everything Cubans need is scarce. People wait in long lines to purchase basic goods and suffer through power outages in the sweltering summer heat. Meanwhile, the pandemic is raging.

Cubans see no light at the end of the tunnel. Even if the government pursued radical economic reforms – such as large-scale privatisation, financed by resources from the Cuban diaspora, or complete import liberalisation – the results would hardly be immediate.

A final distinctive characteristic of the current crisis is the role of social media. While its importance has often been exaggerated, its expanded availability in Cuba since then-President Barack Obama’s diplomatic normalisation in 2016 has clearly made a difference. Protesters can now communicate with one another, sharing practical information, slogans, photos, and songs. And they can share their experiences with the rest of the world in real time.

There is no greater testament to social media’s impact than the Cuban government’s decision on July 11 to shut down the internet – a policy that has yet to be fully reversed. Now, the US is reviewing whether it can help restore internet access for Cubans using offshore satellite technology.

Of course, the Cuban regime also used good old-fashioned repression. Counter-demonstrators, police (and perhaps even military personnel in civilian clothes), and thugs armed with sticks managed to disperse the crowds and prevent new demonstrations. Hundreds of protesters – more than 500, according to Human Rights Watch – were detained.

Crucially, the government has avoided deploying the armed forces – at least so far. Such a move would present military personnel with a stark choice: fire at the crowd, if the order comes, or join it. Either would mean the end of the Cuban regime as we know it.

But change is probably under way in Cuba, anyway. The younger generation of officials knows that the current situation is unsustainable. Any hope they had of reforming the economy, without also reforming the political system, has been dashed.

If real change does come to Cuba, all of Latin America will feel the effects. As it stands, left-of-centre candidates have already won or are set to win presidential elections in Brazil, Chile, Colombia, and Peru. All of these candidates are, to some extent, carrying Cuba’s baggage. An end to the communist regime there would enable, if not compel, the Latin American left to come to terms with its authoritarian past and predilections.