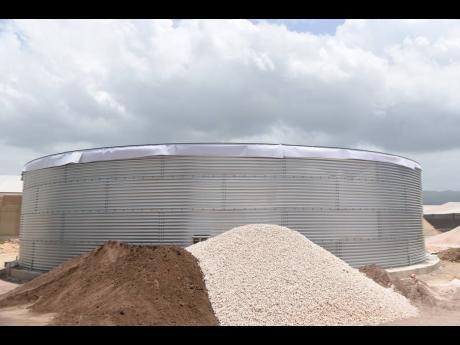 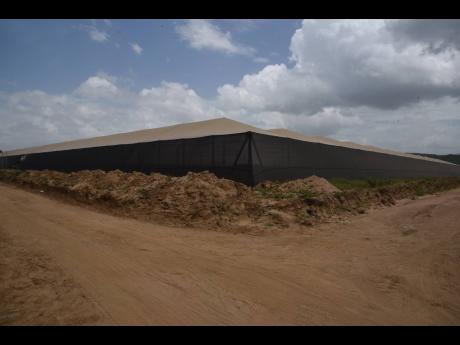 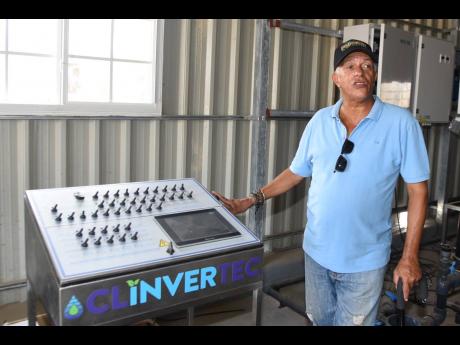 Lakes Pen Agri-Ventures expects to start reaping vegetables by November, as the multibillion-dollar enterprise that businessman Gassan Azan and his partners are building continues to take shape.

Around half of the crops is to be supplied to MegaMart, a grocery chain owned by Azan, while some will be targeted at hospitality companies and, eventually, overseas markets.

Agri-Ventures has already established a number of fruit orchards in the year since Azan announced the venture, and set up nurseries and mesh houses for growing the vegetables.

The farm, which began operations in 2019, is expected to become one of Jamaica’s largest agricultural operations, covering 100 acres initially and later expanding to 400 acres on lands at Lakes Pen, St Catherine. Azan says he has secured lease arrangements with the Government for the other 300 acres.

The farm’s growing techniques are being refined with the help of foreign experts. Three consultants from Spain are currently working alongside 80 locals to set up four greenhouses measuring 1.25 acres individually, which will grow sweet peppers, cantaloupes, tomatoes and hermetic herbs such as thyme, basil and cilantro; as well as two mesh houses, each covering 2.5 acres, that will produce cabbage, broccoli, cauliflower, zucchini, onion, pak choi and kale in cycles.

A hydroponic house for the growing of lettuce and the packaging house take up another 1.5 acres.

Azan told the Financial Gleaner that the company has already set up several orchards; that the first 100 acres of the farm, which were acquired for $200 million, are already fully earmarked for fruit and vegetable crops; and that US$5 million ($770 million) has been pumped into the farm so far.

“We have started ackee, mango, avocado, lime, coconut, lemon and papaya orchards, to name a few. The orchard and the vegetable houses will bring us to 100 acres. Right now, the focus is on getting a consistent supply of produce in the MegaMart stores, and by early next year we expect to have enough capacity for export,” he said.

Yields from the farm that Azan is looking to as a reliable source of produce for his grocery operation, are expected to reach 17,000 tonnes annually.

“The selection of produce is really based on MegaMart’s demand and what we believe are most sought in the hospitality and restaurant industry. Things like tomato, sweet pepper aren’t really seasonal [demand-wise]; they are required all year,” said Manager and CFO of Lakes Pen Agri-Ventures Limited Sudu Ramani.

“There is a lot of price fluctuation for agricultural produce, so the idea is to bring some level of stability to market from year-long production,” he told the Financial Gleaner.

As for the export of crops, Azan will first supply his supermarket business in the region, the Van den Tweel supermarket group, which operates in the ABC islands of Aruba, Bonaire, and Curaçao in the Netherlands Antilles, and is held through investment group Alfabet Holdings. Afterwards, Agri-Ventures will look to enter the United States market.

But first, the company is looking to secure supply deals with the local hotel and restaurants. An additional five to 10 jobs will be added to the company’s current administrative staff of 25 people to execute the supply arrangements.

Lakes Pen Agri-Ventures itself grows about 15 different crops, but MegaMart demands roughly 50 kinds of produce, Ramani said. As the buildout of Agri-Ventures progresses, the company expects to add to its product line-up via the mother-farm concept, under which a large farm forms alliances or contracts with smaller growers as suppliers to augment its operation.

It’s also relying on its own farming techniques to boost yields.

“The Dominican Republic is a powerhouse in this region on greenhouses, and they would either have temperature control, humidity control or light control. At this farm, we have all of them, and it would make it the most sophisticated farm in the Caribbean. Everything is computer-controlled, from the irrigation system to the thermal control screen,” Ramini said.

Lakes Pen Agri-Ventures is designed for the inclusion of a logistics and distribution centre, warehousing and a farmer’s market, all of which are expected to be built out next year when phase two of the project begins.

The total $11-billion project is being built out in phases and is part-funded, Azan said, by a group of equity investors, whose identities have still not been disclosed, as well as by bank loans.