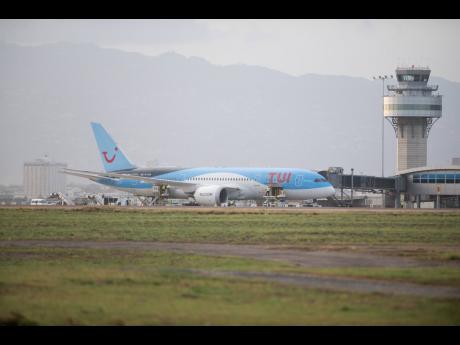 File
A TUI aircraft sits on the tarmac at Norman Manley International Airport in Kingston, May 6, 2020. Airline lobby group IATA says tax is not the answer to the sustainability of aviation. 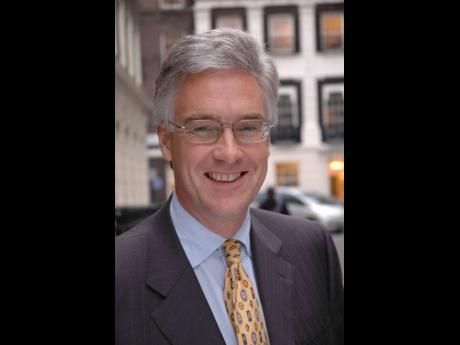 Recent catastrophic floods in Germany and China have once again made clear the terrible global threat posed by climate change.

In response, we must invest in strengthening our resilience to extreme weather events, and accelerate reductions in carbon dioxide emissions to limit how much worse that threat will become in the future.

A day before the floods hit Germany last month, the European Union outlined policies to cut emissions by 55 per cent from 1990 levels by 2030. Those measures include a significant role for carbon pricing, with a tighter cap on emissions within the EU’s trading scheme, as well as the elimination of free emissions allowances for heavy industry and a tax on conventional aviation jet fuel for intra-European flights.

The latter proposal has provoked industry opposition, with the International Air Transport Association, or IATA, arguing that “tax is not the answer to aviation sustainability”. In fact, the aviation industry, alongside other sectors, should embrace carbon pricing as a powerful tool to achieve emissions reductions at least cost.

In some sectors, decarbonisation will make consumers better off. Within 10 years, for example, European drivers will spend significantly less to own and run their automobiles, because electric vehicles are much more efficient than gasolene- or diesel-powered cars.

But in some harder-to-abate industries, decarbonisation will carry a cost. Maritime freight rates could increase 50 per cent or more when container ships burn ammonia or methanol rather than heavy fuel oil. Likewise, wholesale steel prices could rise by around 30 per cent if producers use hydrogen as the reduction agent rather than coking coal, or add carbon capture and storage to existing processes.

Carbon pricing is therefore needed to allow zero-carbon producers to compete effectively against the old high-emissions technology, but the effect on end consumers will be very small. If a ton of steel costs 30 per cent more, the price of an automobile will rise less than one per cent. And even a 100 per cent increase in maritime freight rates will have an impact of less than one per cent on the price of a pair of jeans made in Bangladesh and bought in Berlin or New York.

As for aviation – another harder-to-abate sector, electric engines may enable shorter flights that are carbon-free, guilt-free, and cheaper than today. But because batteries are far too heavy to power long-distance electric flight, decarbonisation will require sustainable aviation fuels, or SAFs, to replace today’s conventional jet fuel. And whether those SAFs are biofuels or synthetic fuels (made by using electricity to combine hydrogen and CO2), they will almost certainly carry a cost premium, which innovation and scale can reduce over time but never eliminate.

Free markets, voluntary action, and innovation will therefore not be sufficient to decarbonise aviation; public policy is also needed. One option is to make biofuels or synthetic fuels less expensive, and there is a strong case for public financial support for technology development. But a permanent subsidy that allows the aviation industry to avoid the costs of its carbon pollution would be unacceptable. Closing the cost gap will thus require either a carbon tax on conventional jet fuel, or fuel-use mandates requiring airlines to use a steadily rising percentage of SAFs.

IATA argues that any such taxes would “siphon money from the industry that could support emissions-reducing investments in fleet renewal and clean technologies”. But this reflects the common fallacy that taxes which increase business costs reduce corporate profits. If the tax on conventional jet fuel is introduced gradually, as the EU proposes, the cost increase will be passed through to customers in the form of higher ticket prices. Businesses’ fears that higher carbon costs mean lower profits are as deluded as green lobby groups’ dreams that they can ‘make business pay’.

For aviation, moreover, the consumer cost effect of a carbon tax will be non-trivial. Steel, cement, and shipping costs account for very small proportions of the price of end-consumer products. But fuel constitutes about 20 per cent of total aviation prices. So, if its cost rises by 50 per cent, ticket prices could increase by around 10 per cent.

But if that is the cost of decarbonising aviation, we must tell consumers openly while placing higher prices in context. More expensive tickets will not significantly reduce consumer living standards, because air travel accounts for only about 3 per cent of total consumer expenditure in the United Kingdom. Meanwhile, many people will gain more from cheaper road transport than they lose from more expensive aviation. Nor will increased flying costs have a regressive distributive effect.

In one other key sector – residential heating – higher carbon costs do fall disproportionately on lower-income households, whose outlays can reach about 10 per cent of disposable income. So, any carbon taxes should be balanced by significant financial support for the most affected. In contrast, aviation spending as a portion of total expenditure falls as incomes decline. Richer consumers will thus pay the lion’s share of the higher cost.

At the same time, in aviation (and elsewhere), carbon prices will provide strong incentives for cost reduction. Higher prices for conventional jet fuel, if signalled well in advance, and especially if combined with fuel-use mandates, will create solid business cases for biofuel or synthetic-fuel production, spurring innovation and enabling the industry to achieve scale economies and reduce costs. And expectations of higher future fuel costs will encourage improved engine and aircraft design. This could eventually boost fuel efficiency by 30-40 per cent, significantly reducing the long-term impact of higher fuel costs on ticket prices.

Some green advocacy groups hope to cut aviation emissions by restricting air travel. The airline industry rightly argues that low-carbon flights are feasible. To make that a reality as soon as possible, the sector should welcome carbon pricing, and argue for its application not just in Europe, but around the world.

Adair Turner, chair of the Energy Transitions Commission, was chair of the UK Financial Services Authority from 2008 to 2012, and author of several books, including ‘ Between Debt and the Devil’.© Project Syndicate, 2021www.project-syndicate.org