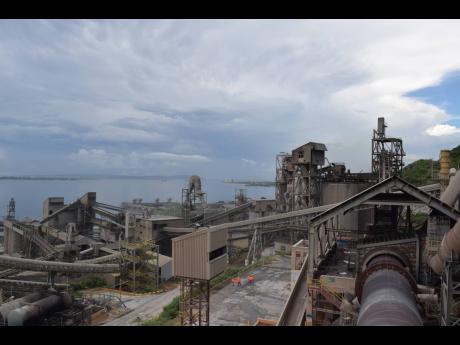 It’s been sixteen years since Caribbean Cement Company Limited last paid a dividend to shareholders, but that’s about to change.

Jamaica’s sole cement manufacturer, based at Rockfort, Kingston, has formed a committee that is mandated to develop a dividend policy for the company.

Shareholders will be asked to approve the policy in a vote once it’s drafted. No timelines were specified.

The cement maker has faced criticism in the past from shareholders, who have cited the inequity of Caribbean Cement paying out monies to direct parent company Trinidad Cement Limited through an operating lease arrangement, even when it was going through one of its most challenging periods – encompassing a dozen quarters of consecutive losses, ending in early 2013 – while minority owners got no returns via dividends.

The last distribution made in 2005 amounted to $59.6 million, or seven cents per share.

Caribbean Cement has been profitable for the past eight years, with earnings hitting a record of $3.2 billion last year, notwithstanding the coronavirus pandemic; and its stock has been eking out gains on the market, some of which was lost during 2020, in line with the general direction of the market as the pandemic raged, but has since surpassed its pre-pandemic high. The CCC stock traded at a one-year high of $97 on Monday.

“Investors will find it refreshing that the Carib Cement team has started to consider distribution of profits,” said Jason McPherson, senior portfolio adviser at Proven Wealth.

“The formation of a dividend policy committee is a step in the right direction for investors,” he added.

Caribbean Cement made a profit of $1.56 billion in the April-June period off revenues of $6.3 billion. It held $5 billion in accumulated profit at June 2021, a fivefold increase from $1 billion in June 2020.

The outlook for the company remains positive, in part due to strong domestic demand for cement, arising from government-initiated projects and private-sector developments. Additionally, the company plans to make heavy investments to supply any unplanned spikes in local demand while meeting demand for exports.

It’s spending US$30 million to upgrade production capacity by 30 per cent, with the aim of reaching annual output of 1.4 million tonnes of cement.

“We are optimistic that the vaccine programme in our country will lead to a further reopening of the economy, which will be accompanied by the galvanising of private investment,” the company said in the second-quarter financial report